Dear Readers, every month when I get paid I allow myself a small indulgence in the form of a book, and it will come as no surprise to regular readers that it’s usually something to do with nature. For June, I have gifted myself Europe’s Dragonflies. Why, you might ask, did I not go for one that was just about the dragonflies of the UK? Well, just lately I am filled with a great urge to travel (probably because I can’t), and I find myself dreaming of the bogs on the Hochgurgl path in Austria, or the sunlit, dusty gorges of southern Crete. 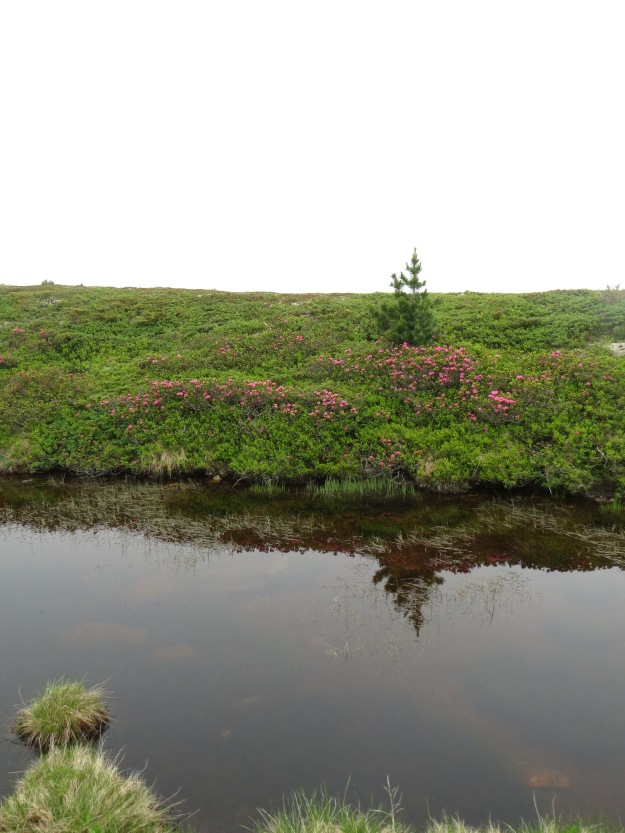 If I’d been paying attention in Austria, for example, and if it had been sunnier, I might have seen the Alpine Emerald (Somatochlora alpestris)  with its bright-green eyes and, if I took a quick trip to the Lech valley, I could find the only European representatives of the Siberian Bluet (Coenagrion hylas) – the remainder of the species are found, not surprisingly, in Siberia. It’s noted that this last species has rather more black on its body than other members of the genus, probably to help it warm up.

If I went to Corsica or Sicily, I might see the black pennant (Selysiothemis nigra), whose body is completely black. I am not sure how that fits in with the black-for-warming-up thesis, but most adult dragonflies don’t live for very long, and it’s only the male who is night-hued (in nature, males are often more expendable than females).

In southern Spain I might spot a violet dropwing (Trithemis annulata), surely one of the most colourful dragonflies of the lot. The males adopt what is known as the ‘obelisk position’ with their abdomen straight up in the air when it’s hot, maybe to limit exposure to the heat. 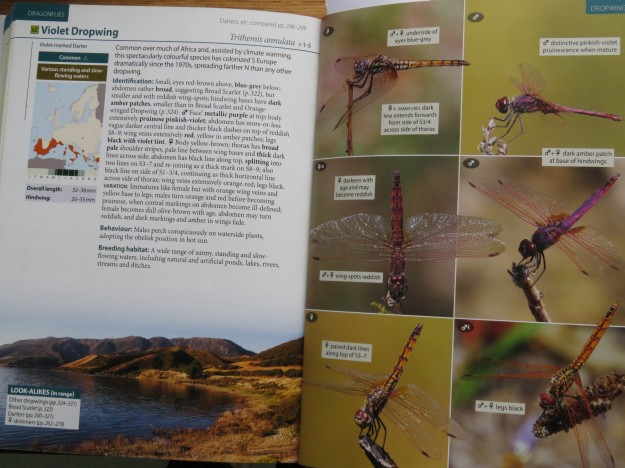 In southern Greece I might find the only example of the Greek Goldenwing (Cordulegaster helladica), which haunts the Castalian spring at Delphi. On Rhodes, I might find the magnificent emperor (Anax immaculifrons) with its blue eyes and six-inch wingspan. On Crete, I might stumble across the Cretan spectre (Boyeria cretensis), who prefers fast-flowing rivers, and who lays their eggs in moss or tree-roots overlooking the water. 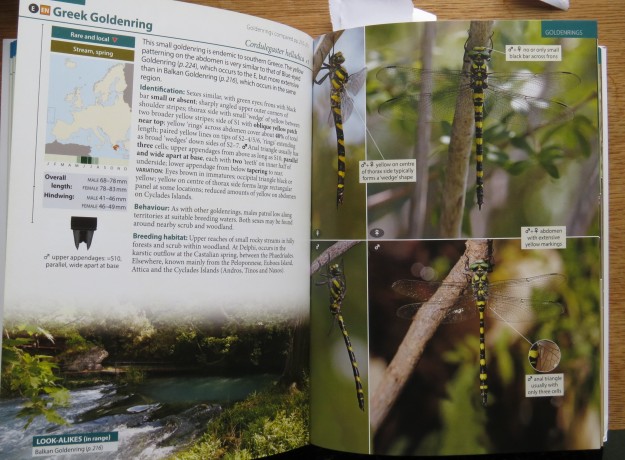 But if I went to the Azores, I would find the only population of parthenogenic dragonflies anywhere in the world: the citrine forktail (Ischnura hastata). The bright-yellow males are what gives the species its name, but these are not found in the Azores – presumably, long ago, a female was blown across the Atlantic from the Americas, where the species normally lives, and somehow adapted by being able to reproduce without mating. The females start off bright orange, but become duller over time. When the scientist in Jurassic Park suggests that ‘nature will find a way’, he had no idea how right he was. 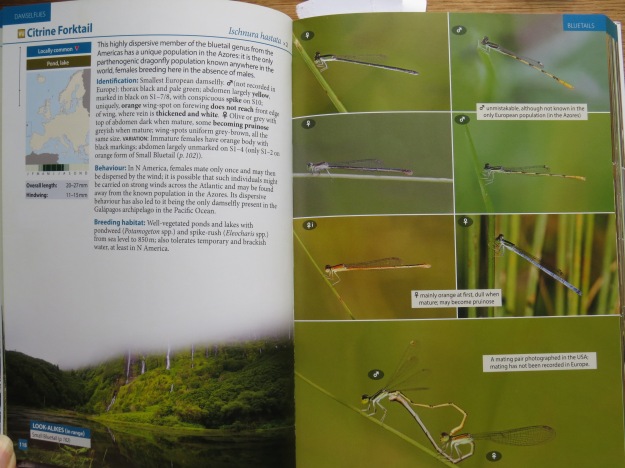 So, this book is full of wonders. There are damselflies that look like dragonflies, dragonflies that migrate over the Himalayas and the Indian Ocean to breed in East Africa (the wandering glider (Pantala flavescens)) and who may crop up in Europe as their offspring make the return journey, and dragonflies in every colour of the rainbow. I am not surprised that many birdwatchers make the switch to the dragonfly (Odonata) family – these creatures are relatively easy to spot and identify (though don’t get me started on blue damselflies), and can be watched through binoculars. Plus, some of them are extremely confiding – I remember a common darter landing on my arm and using it as a perch for half an hour a few years ago. 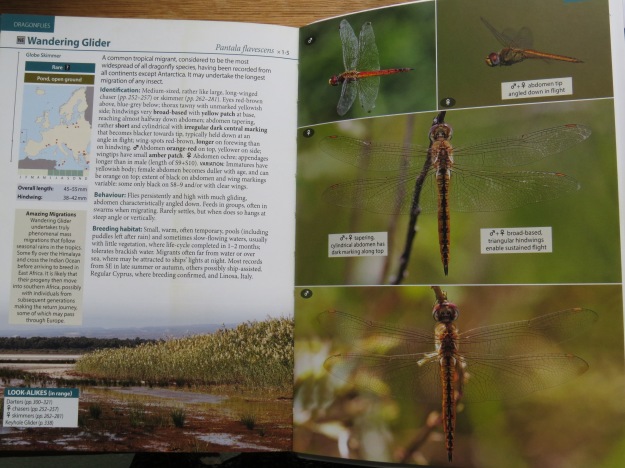 There is also something about dragonflies that is unsettling (after all, H.R. Giger used the mouthparts of a dragonfly as inspiration for his creature in Alien). As I’ve noted before, when you’re circled by an emperor you have no doubt that you’re being observed and summed up. Some of them are large enough to be disconcerting at close quarters, and they are certainly too big to pop under a glass and remove from a room. They remind me that a lot of wildness can be contained in a small package, and I am very glad to witness and admire them as something that seems to sum up the spirit of wet and billowy places, of unpeopled woods and gently-bubbling bogs.