Dear Readers, I am rather fond of this ‘weedy’ willow, with its shiny, elegant leaves and graceful habit. Its common name comes not from any connection with the Baltimore drug trade (I am just catching up with the TV series ‘The Wire’, nearly 20 years after everyone else) but from its habit of dropping branches or splitting with a loud cracking sound. This plant, which has parked itself next to Muswell Hill Playing Fields, is a mere baby – the tree can grow up to 25 metres tall. Crack willow is dioecious, which means that an individual plant can be either male or female: the female catkins are green, and the males are yellow. I took a photo of this tree a few weeks ago, and the catkins were green, so I think it’s a girl! There are several crack willows in the area, and the bees love the pollen, so I suspect that pollination isn’t a problem.

Like many willows, crack willow loves damp places, and I suspect that there are the remnants of some kind of drainage ditch here, or at least a spot where the water collects. It is useful for a variety of insect species: the puss moth that I described here would have been very happy on this plant.Other stunning species that munch on crack willow include the caterpillars of the eyed hawk-moth and the red underwing. 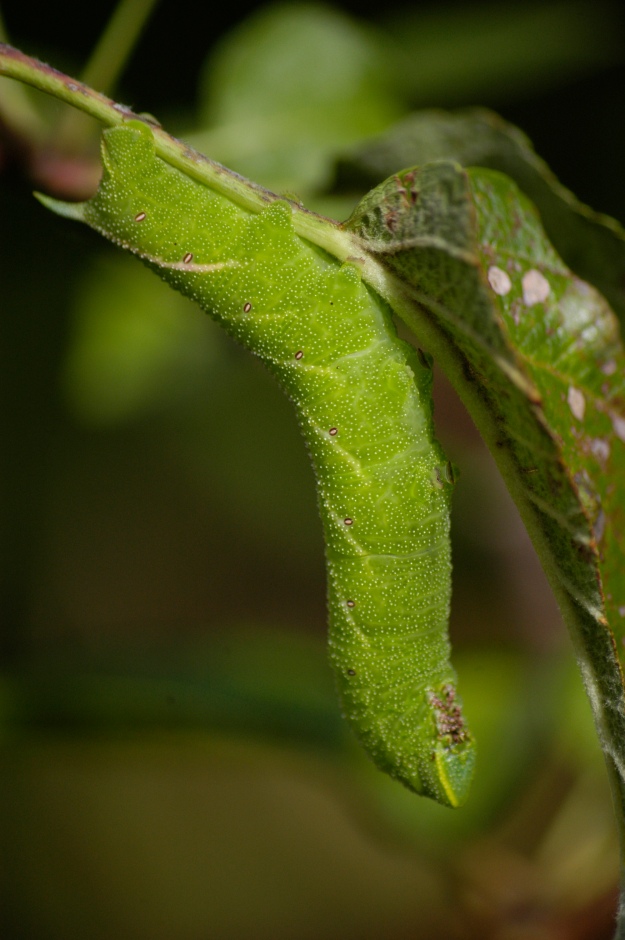 The ‘cracking’ of crack willow is most probably a way of colonising river banks – the twigs and branches that break off can root themselves downstream if they happen to fall into the water. It can also often be seen along the banks of canals for the same reason. This has led to the plant, which is originally a native of mainland Europe and Western Asia, becoming an invasive species in South Africa, New Zealand and the northern part of the USA. Left to its own devices it can form stands of crack willow which squeeze all the other plants out. In New Zealand, however, only the male plants have been imported, but there is always the risk that it will hybridise with other willows. In their book ‘Alien Plants’, Clive Stace and Michael Crawley note that crack willow is ‘capable of achieving biomass at which it is likely to influence vegetation structure). Incidentally, willow is one of the plants being considered as fuel for biomass power stations.

In the UK, crack willow is counted as an archaeophyte (a plant that arrived here prior to 1500). It has also recently been discovered that the plants in the UK are not ‘pure’ crack willow, but a hybrid between white willow (Salix alba) and a species from Turkey and the Caucasus (Salix euxina). However, it has been around for such a long time that it forms part of the most typically English landscapes: it was often used to stabilise riverbanks, and was pollarded at about 3 metres so that browsing animals couldn’t nibble the new growth.

And here’s rather haunting picture by Jean-Baptiste Corot (1796 – 1875) called ‘The Willows of Marissel’. Where are the couple heading off to, I wonder?

The inner bark and leaves of many willow species, including crack willow, have been used for their ability to relieve pain: the ancient Assyrians suggested that chewing the leaves was a way to alleviate the pain of arthritis, and Hippocrates suggested that the plant could help with the pain of childbirth. As the plant is one of the sources of salicylic acid (aspirin) it can also reduce inflammation, and calm a fever. Although commercial aspirin is synthetically produced these days, many herbal practitioners still consider that decoctions of the bark are just as effective. In a rather interesting book on Herbal Treatments in Veterinary Science, I note that okapis have been seen to develop neuropathy after treatment with salicylic acid, so I guess the various permutations of drug and species can’t always be foreseen.

Willows of all kinds are often associated with sadness, and with lost love: the ‘willow grows aslant a brook, that shows his hoar leaves in the glassy stream’ in Gertrude’s recounting of Ophelia’s death in Hamlet is most likely a weeping willow, but wearing willow in one’s hat or on one’s clothing in remembrance of a loved one seems to have encompassed all the willow species. And who could forget Steeleye Span singing ‘All Around My Hat’? Have a listen, I guarantee you’ll be singing it for days. The version above was recorded in (gulp) 1975, but here’s the same group singing it in 2016. I rather like the way that age and experience has added a whole new dimension to the way that Maddy Prior puts the song across. What do you think?

In some parts of England, the crosses for Palm Sunday were made of willow, and the ‘floors of churches were strewn were the green leaves of willow. In Dorset, a fragment of willow is left in each of the church pews on Palm Sunday. It’s also said that if you have a burning secret that you can’t tell another human, you should tell it to a willow, who will keep the secret for you.

And now, a poem. This is only tangentially related to the willow, but I love the way that it conjures a summer’s day, and the way that the song of the ploughman, and the croaking of the crow, seem to form a kind of harmony. Plus, doesn’t it complement ‘All Around My Hat’ very nicely? John Clare is for me the quintessential English poem, more so than even Wordsworth, because his observation of the countryside is so acute that I sense that he feels it in his bones, to his marrow. Let me know what you think. 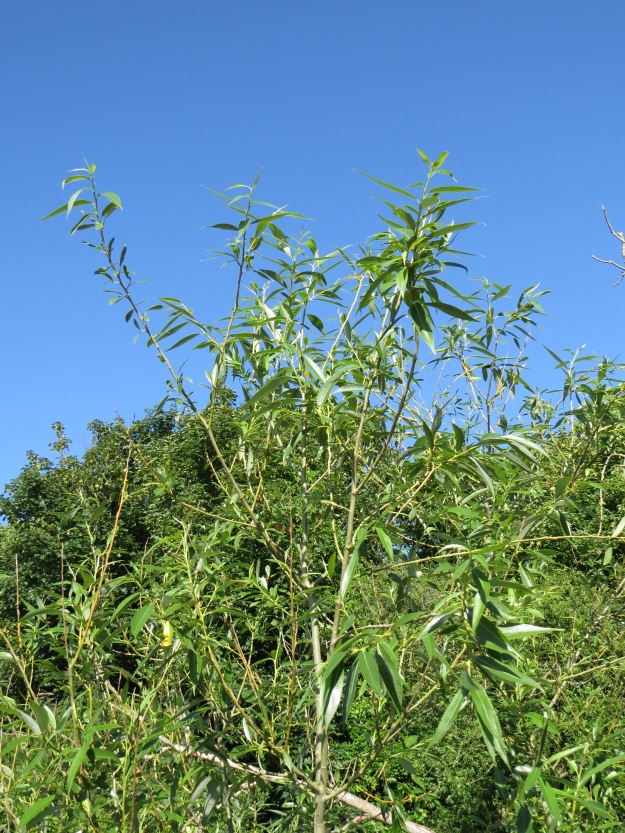