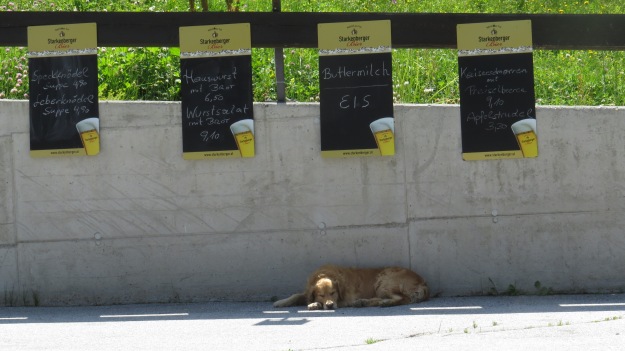 The weather in Obergurgl this week has been the best that I’ve ever known – sunny, blue skies, little white fluffy clouds, the lot. Unfortunately, that doesn’t make it the easiest weather for walking, so we’ve been setting off early and getting home early. And today, we decided to head for the archaeological site of Am Beilstein, about an hour and a half’s walk from the village. 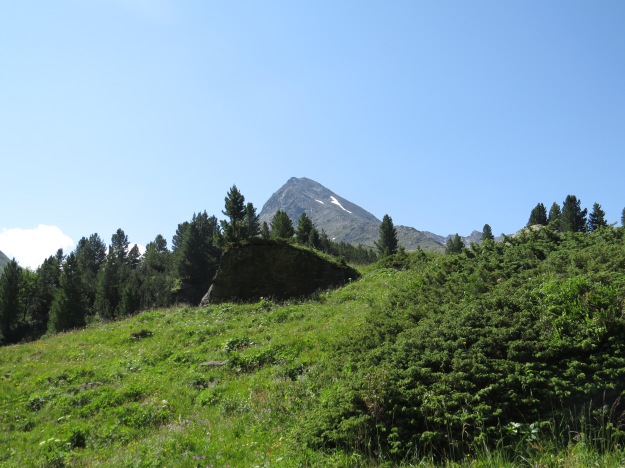 Heading up to Am Beilstein, with the peak of Hangerer in the background. People fitter than me actually run up it!

To start with, we cross the Gurgler Ache, the river for which all the villages around here are named. 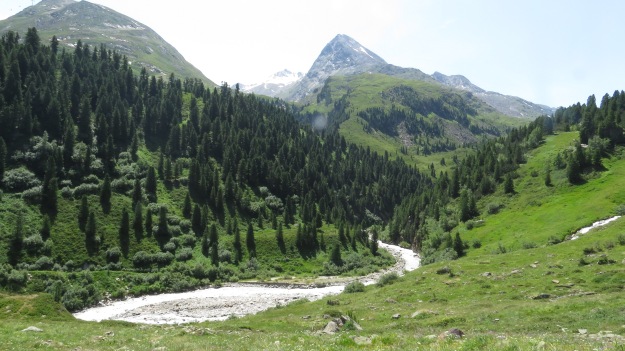 We have Obergurgl (of course) but also Hochgurgl and Untergurgl. Never did a river have such an onomatopoeic name.

The rocks on the slope here are full of wary marmots. So wary that they declined to be photographed. Ah well. 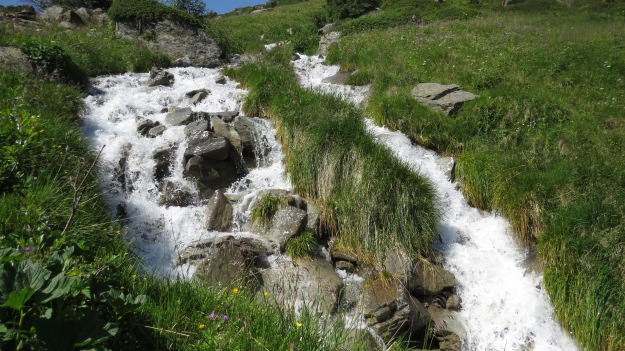 The great joy of this walk is that it’s all about water. The streams from the mountains above pour down next to the path like bridal veils, or cascades of ice crystals, or some other simile that I’m too hot to create. I think that there is something about a stream that touches something very deep in us, that makes us feel as if this is a good place to be. So it must have been for our ancestors, because this area has been used by human beings for over ten thousand years. 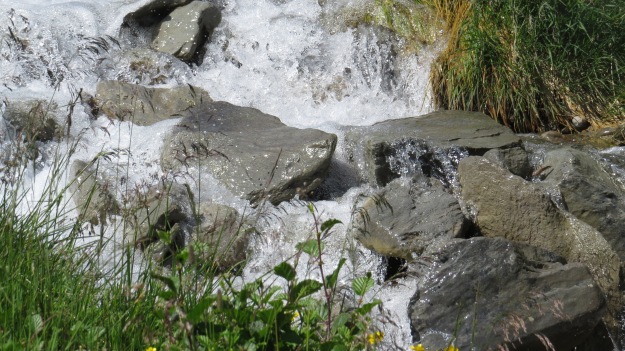 The water is icy-cold and good to drink, pouring pure from the heart of the mountain. 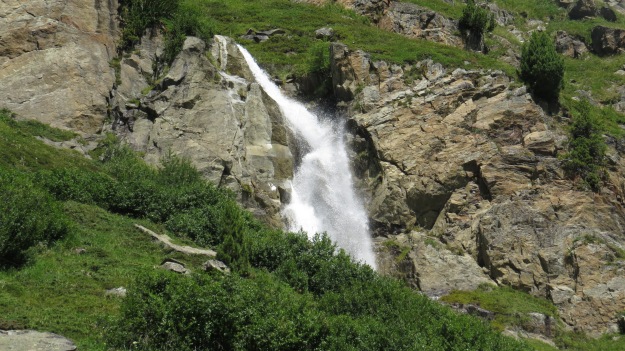 Hunter-gatherers lived in these hills.  Did they crouch down to bring a cupped palm to their mouths as they looked around for deer or hare? Did their dogs lap in these waters? On this blazing hot day, we were the only people on this trail. 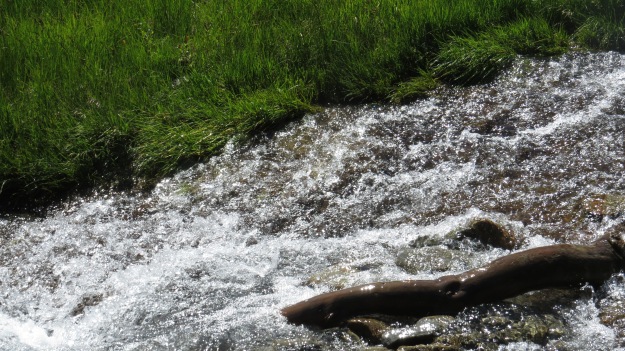 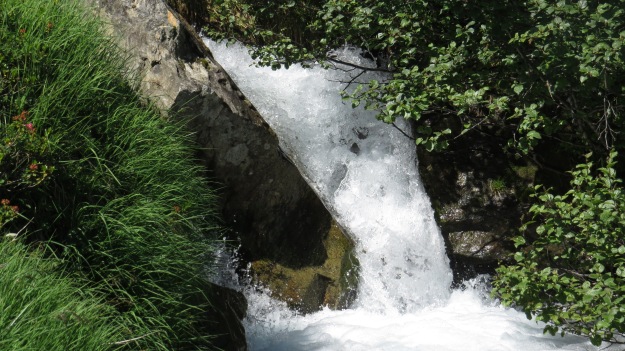 And finally, we got to Am Beilstein itself. The path ends, the hillside falls away, and we can see for miles into the valley below. 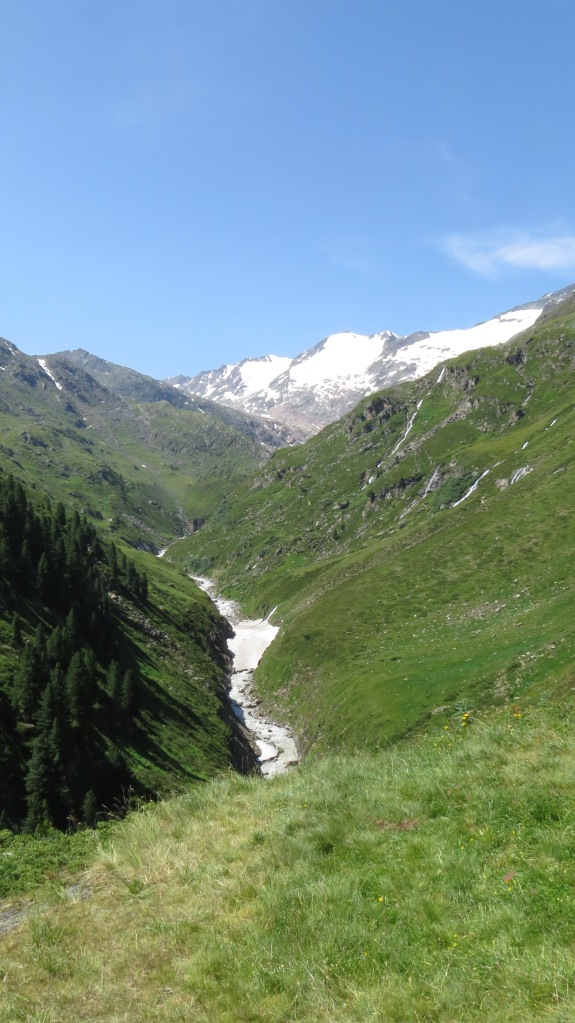 In previous years, I’ve been too afraid to go close to the edge, but maybe my vertigo is improving. There is some stonework here from the Twelfth Century, which was used as a pen for sheep or goats, long after the hunter-gatherers had turned into farmers. 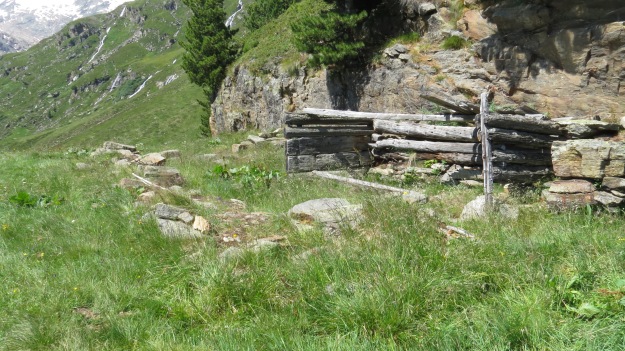 The woodwork here is a reconstruction, but the brickwork is from the 12th Century.

So, we sit on a stone and gaze out at the valley, identifying two mountain huts which seem to erupt from the surrounding geology. One is perched like an eagle on a crag, and we look at it longingly. It’s much too hard a climb for us this year – the last five hundred metres is a hard scrabble through boulders. We eat our (slightly stale) cheese sandwiches. And then, as I stand to leave, two roe deer run through the pasture below us. They are the colour of caramel and seem spring-loaded, making elegant sweeping leaps until they disappear behind the rocks and the stunted pine trees. They were here and gone before I could raise the camera, but it’s good to just watch sometimes, to admire the play of muscle and sinew, the dash and bravado of it. For the first time in maybe ten thousand years, these deer can pass humans without fearing for their lives – this whole area is a national park, and it is forbidden to hunt here. However, the inside of any Tyrolean hotel will tell you that things were different very recently. Here is just a selection of the ‘decoration’ in our hotel. Ugh. 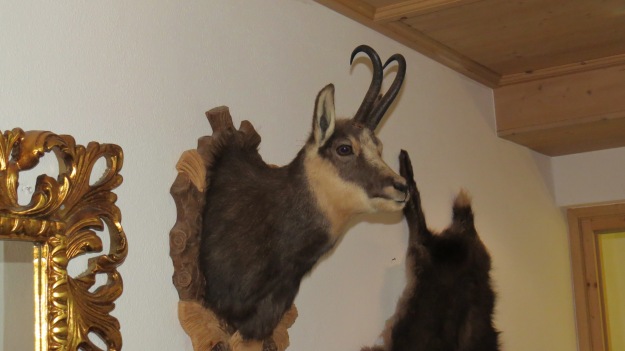 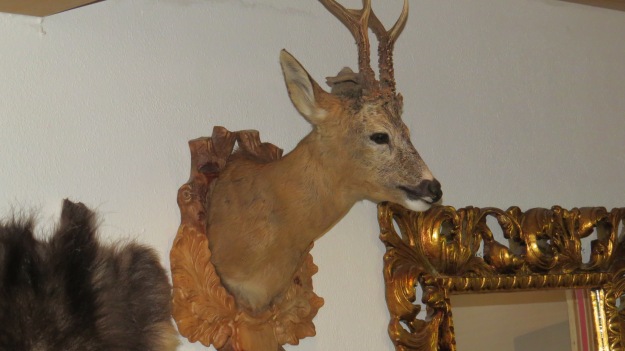 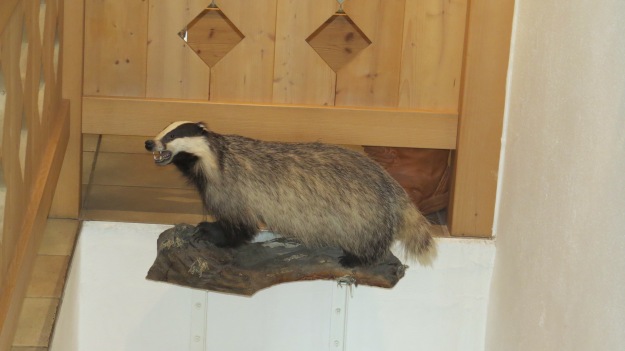 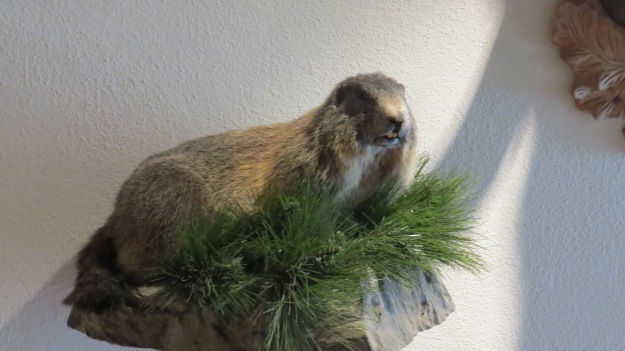 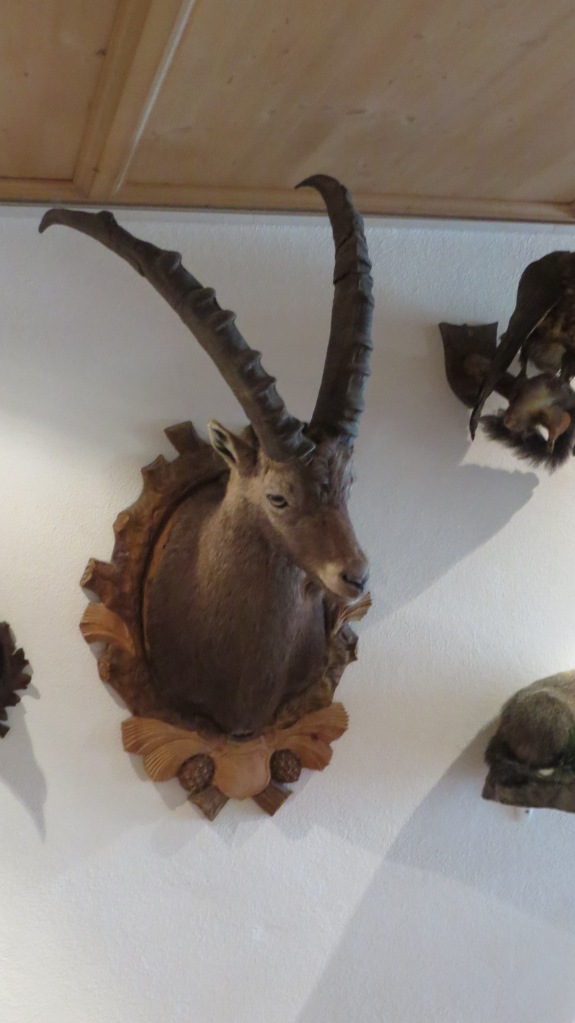 And so we head down, to David’s Hutte, where we manage a cup of tea and a huge shared plate of the local delicacy Kaiserschmarren – a plate of chopped up pancakes with icing sugar and jam. The Hutte dog has found the only piece of shade in the place, and is making the most of it. 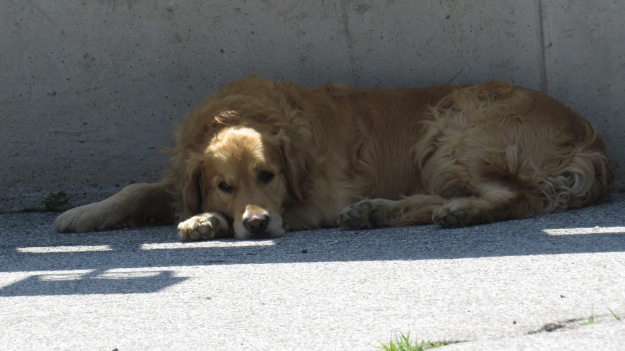 And what a wise and gentle dog he seems to be, a distant ancestor of those half-wolves that our hunter-gatherer ancestors first domesticated. 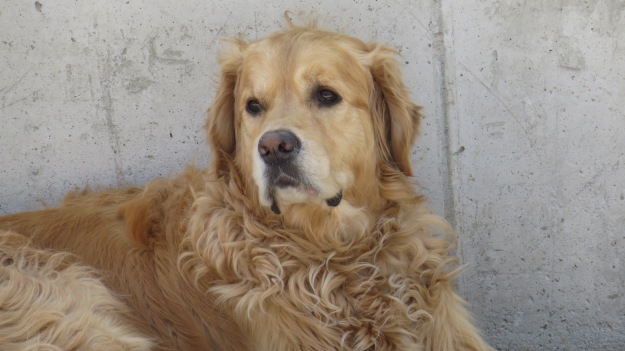 2 thoughts on “Bugwoman on Location – Too Blooming Hot!”