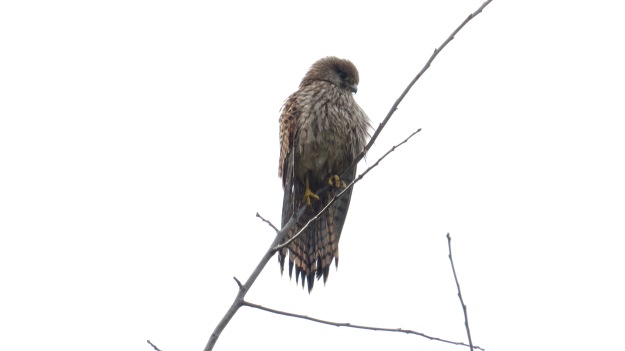 Dear Readers, last year my interest was piqued by rumours of a mysterious bird of prey, seen in the trees at the edge of the cemetery and in Coldfall Wood. Try as I might, by the time I got to the reported location, the bird had gone. Regardless of the time of day  that I visited the woods, or the length of time that I stood in the undergrowth, in the rain, with my binoculars glued to my spectacles, there was not a feather to be seen.  And then, last week, whilst walking in St Pancras and Islington cemetery in search of Wednesday Weeds, a bird landed in a bare tree less than ten yards away, and stayed there for a good five minutes so that I could get a few photographs. 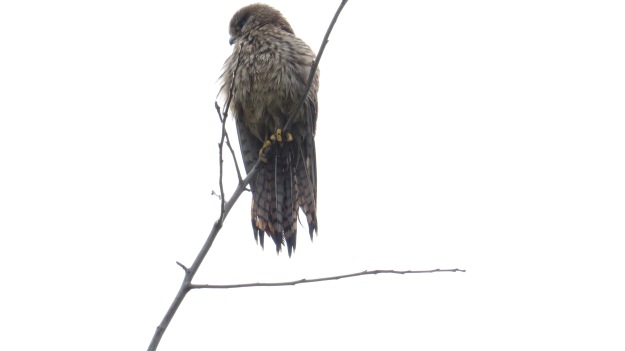 This is a female Kestrel (Falco tinnunculus) – the males are less stripey, and more clearly grey and copper-coloured. 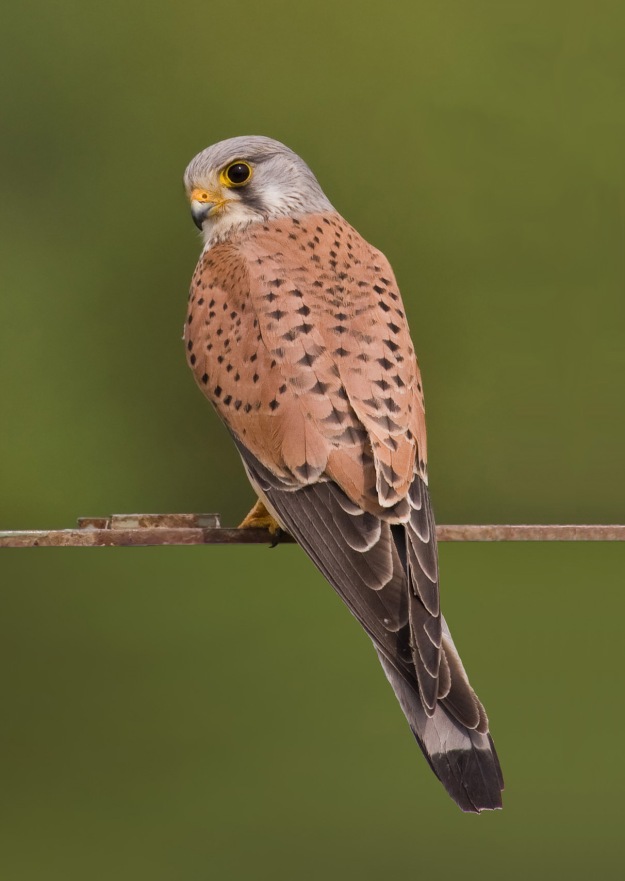 Male Kestrel (Photo One – credit below)

And what a versatile little hunter this is! Most of us are familiar with the kestrels that hover over motorways, looking for the slightest rustle of mice in the undergrowth. In rural areas kestrels prey almost exclusively on small mammals, but in cities they shift their attention to sparrows, young pigeons and even earthworms. The decline in the sparrow population in the capital has therefore had a possible knock-on effect on the kestrel population. In his book ‘Birds of London’,  Andrew Self reports that the number of kestrels breeding in the inner city has fallen from 139 pairs in 2000 to 56 pairs in 2010. This is yet another reason to be glad for the sight of this female kestrel, as from memory I think the one sighted by everybody else was a male. Fingers crossed for the patter of tiny-taloned feet. 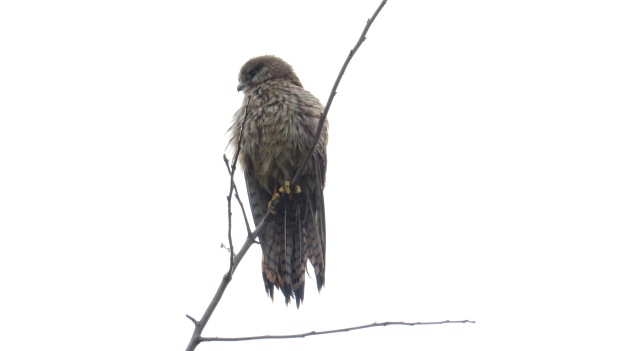 ‘My’ kestrel gave me an occasional glance just to make sure that I wasn’t being too impertinent, but she seemed to be mostly on the lookout for dinner. I was a little worried about her condition – her tail looks most unkempt, and her tameness was more of a cause for concern than celebration. I hope that it was just the damp, cold weather that made her seem a little less sharp than I would have hoped, and not the ingestion of some poisoned rodent.

The name ‘kestrel’ comes from the French crecerelle, meaning ‘rattle’ or ‘harsh voice’, and the Latin tinnunculus comes from the same kind of idea (it means ‘to ring’). Like many birds of prey, the kestrel has a rather metallic, whiny cry, much at odds with its beauty. If you would like to hear it for yourself, have a listen here.

The vernacular name ‘Windhover’ for the kestrel was, of course, the title of  my favourite bird-of-prey poem, by Gerard Manley Hopkins. No poem captures better the way the bird hovers, swings away, hovers again. And, this being Hopkins, this is more than a poem about a bird – he sees Christ in the hover and dive, the Soldier Christ plunging into hell in order to save humanity. Carol Ann Duffy has an excellent interpretation of the poem here.

For full effect, try reading the poem out loud.

The Windhover
To Christ Our Lord

I caught this morning morning’s minion, king-
dom of daylight’s dauphin, dapple-dawn-drawn Falcon, in his riding
Of the rolling level underneath him steady air, and striding
High there, how he rung upon the rein of a wimpling wing
In his ecstasy! then off, off forth on swing,
As a skate’s heel sweeps smooth on a bow-bend: the hurl and gliding
Rebuffed the big wind. My heart in hiding
Stirred for a bird, – the achieve of, the mastery of the thing.

Brute beauty and valour and act, oh, air, pride, plume, here
Buckle! AND the fire that breaks from thee then, a billion
Times told lovelier, more dangerous, O my chevalier! 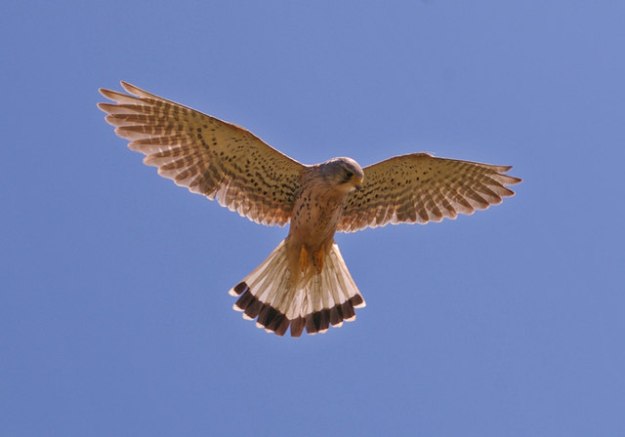 Hopkins makes much of the chivalric tradition of falconry in his poem, with his use of the words ‘dauphin’ and ‘chevalier’. In medieval times, different species of birds of prey were owned by different classes of people . Lords and knights might own peregrine falcons or gyrfalcons (the latter imported by the Normans). Common people might have sparrowhawks or goshawks. Only the servant or knave would own a kestrel, these being too small to procure food for their owners. But the craze for falconry was such that almost everybody had a hawk on their hand, even in church. In the illustration below, from the 14th Century Codex Manesse, the falconry is taking place from horseback, and the prey seems to be some rather unfortunate herons. 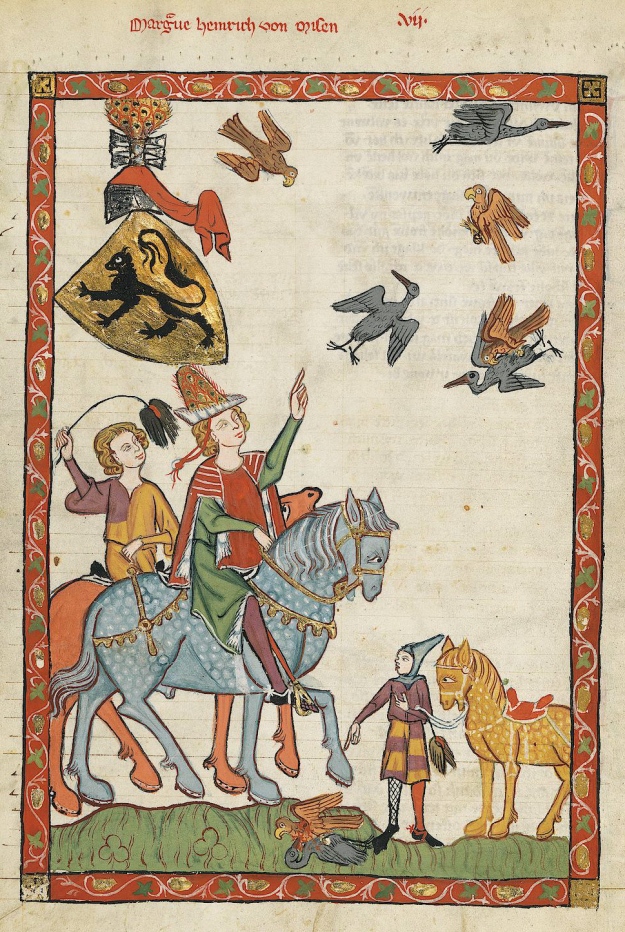 The mortality rate of top predators in all types of animals can be truly shocking. Most kestrels live for less than two years: the mortality rate of fledglings is estimated to be 70%. This little female is a survivor, so far, and is capable of breeding in her first year, if she can find a male, and a nest site. I find my heart going out to her, willing her to succeed. We need more Windhovers, to lift our spirits and to show us the wild ecstasy of flight, the sheer mastery of the air that a kestrel can demonstrate. 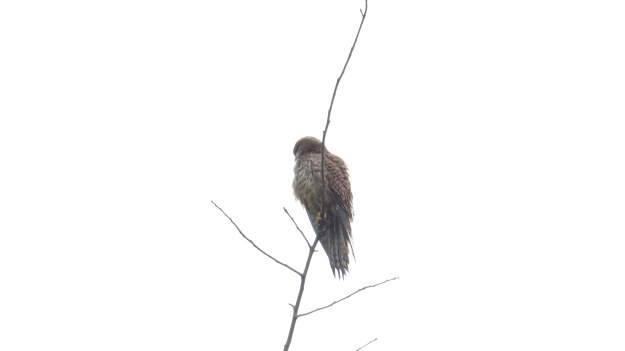 All other photographs copyright Vivienne Palmer

6 thoughts on “The Windhover of Coldfall Wood”