Dear Readers, when I was waiting for a tube train earlier this week I noticed a strange red haze decorating the railway tracks that run between the north and south-bound platforms . What was it, I wondered?

As I peered over the edge of the platform I realised that the scarlet haze comes from the changing foliage of hundreds of Herb Robert flowers, who have self-seeded happily all over the gravel. I know from my own garden that these plants are tough and shallow-rooted, so it’s no surprise that they like the bright conditions here. But what else was growing? 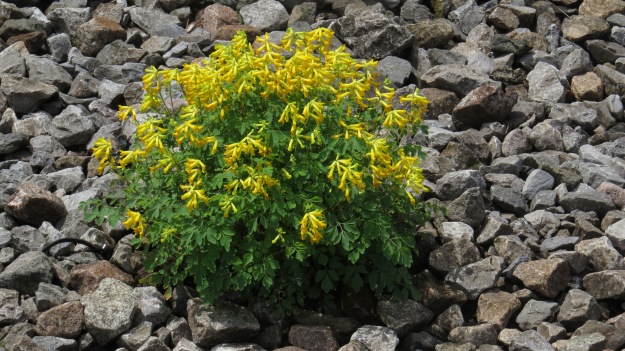 I had never really looked at the material that the tracks were resting on before, and decided to do some research. The substrate is called track ballast, and it comprises crushed stone, which ensures proper drainage and, I read with some interest, helps to keep down the vegetation (though obviously not completely). The stones need to be irregularly shaped so that they lock together – the main purpose of the ballast is to prevent the lateral movement of the tracks. Of course, a yellow corydalis doesn’t know all this, and simply takes the opportunity of a free-draining substrate to take up residence.

Broad-leaved willowherb and Oxford ragwort were everywhere, and there was even the occasional buddleia, though I suspect it will be much reduced in size by the trains which occasionally terminate at East Finchley and use these lines. Some plants were also covered in what looked like oil, which I imagine is something of an occupational hazard when you spend some of your time under a working tube train. 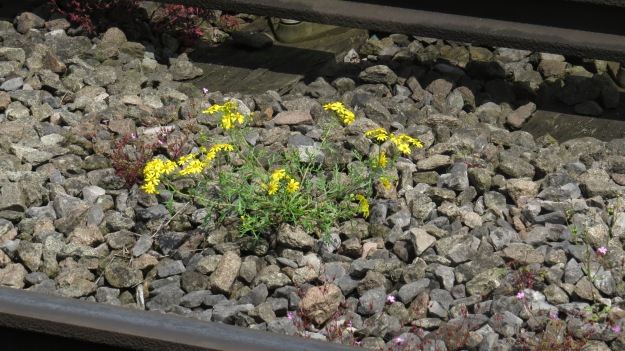 Now, you all know how I like a new plant and, growing on one side of the north-bound line, I saw a most unusual ‘weed’, which seemed to be attracting bumblebees from all directions.

When I returned home, I discovered that it was Common Figwort (Scrofularia nodusa), a most unusual plant which has brown petals, and which is a candidate for a Wednesday Weed if ever I saw one. You can tell from the shape of the buds where the ‘fig’ part of the name might have come from, and the flowers look tailor-made for bees. 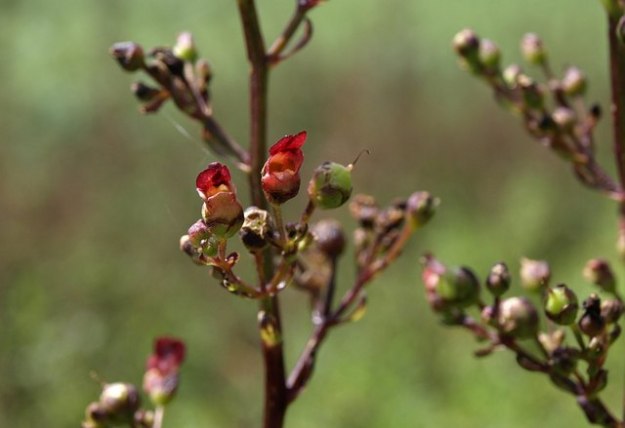 Flowers of Common Figwort (Photo One – credit below)

Growing close by was some horsetail, a member of a plant family that dominated the earth more than a hundred million years ago, and still going strong today. Both horsetail and figwort are adapted for wet soils, so I wondered if they were growing in a pocket of run-off from the main part of the track. It fascinates me how a place as barren as a railway line can have different micro-environments, where different kinds of plants flourish.

Tucked in amongst the horsetail was some creeping cinquefoil, which seems to be having something of a bonanza around here in East Finchley at the moment. It’s a member of the same family as the wild strawberry, as you can see from the distinctive five leaflets on each leaf (hence ‘cinquefoil’).

Of course, it’s important to bear in mind that this is a working tube station, and I suspect that soon the weedkiller will be brought in, and this strange gravel meadow wiped out. Indeed, last year I spotted this phenomenon but tarried too long to write about it, and when I finally arrived with my camera the ‘weeds’ had been eradicated. But the seeds, and some of the roots, will remain, and, given a few sunny days, I have no doubt that they will be back, bringing a familiar flush of crimson to the middle-distance. And for now, if you listen carefully during a moment of peace between the tube trains rattling through and the announcements, you can hear the bumblebees humming over the herb Robert flowers, in this most unusual of gardens. 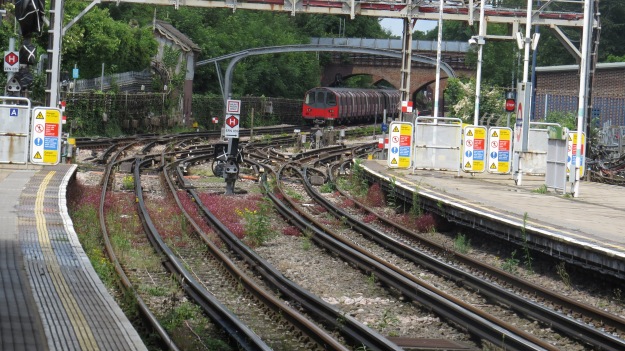 Oh, and I almost forgot! Here are this week’s obligatory fox photos. The foxes are looking so good that I’ve decided to stop administering the mange remedy, in case they develop a tolerance to it: then if they start to look ‘manky’ again I can reintroduce it. I’ll keep providing a token jam sandwich and some dog food so that they keep returning to the feeding site, where I can keep an eye on their progress. But for now, I think it’s ‘job done’!

Is it just me, or does this fox have a very long neck? 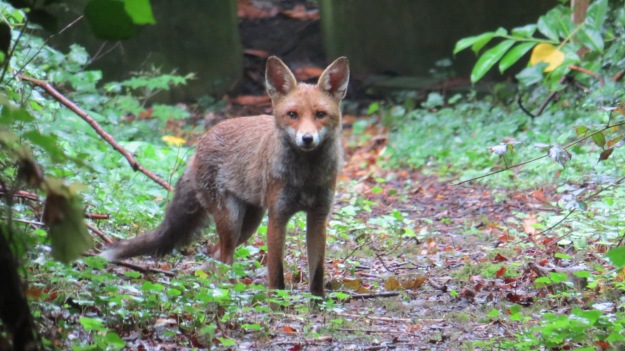 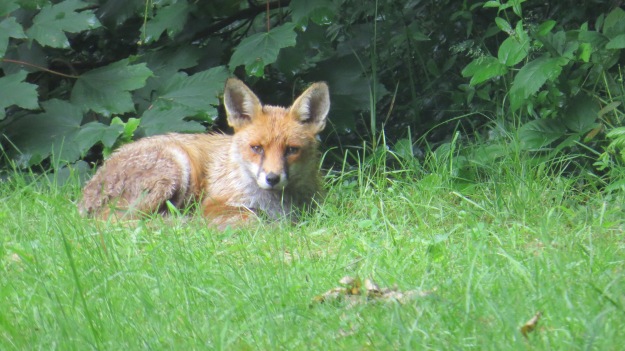 Photo One – © Copyright Derek Harper and licensed for reuse under this Creative Commons Licence.

6 thoughts on “The Gravel Gardens of East Finchley Station”