Dear Readers, I had never heard of the Marian Goodman Gallery until a few days ago and, on waking up to the news that Donald Trump had won the US Election, I felt a need for some distraction. And so I went to see the Animality exhibition, which explores the ways that we relate to animals, and comes up with a lot of questions but not many answers. Nonetheless, the questions themselves have bothered me for a long time, so it’s good to see that I’m not the only one.

Take the enormous eviscerated plush squirrel in the first room, for example.

Titled ‘David’s Squirrel – Clark Expedition’ and made by Mark Dion, an artist who uses a lot of scientific presentations in his installations, the squirrel is enormous, and ‘dead’. There is no such thing as a David’s Squirrel, but it seems to me representative of the questions raised when scientific curiosity and living creatures intersect. I think of the bird artist Audobon, who has an enormous conservation legacy in the US but who, during his lifetime, made his famous paintings from dead birds that he had shot and then strung up in ‘life-like’ poses. 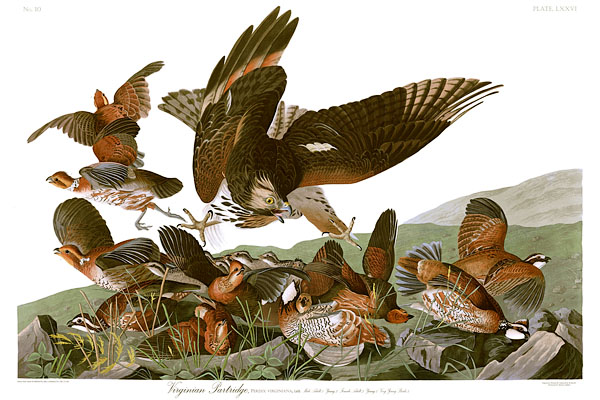 Much more recently there is the case of Dave the giant earthworm, discovered in Cheshire and shipped off to the Natural History Museum in a plastic box, only to be euthanized and added to the museum collection. Animals have much to fear from our thirst for knowledge, and our cold hearts.

Onwards! In the entrance lobby there is a small sculpture of a boy and a slug. This is the first time, to my knowledge, that the noble slug has been immortalised in this way.

Is the child contemplating the slug with wonder, or horror? The slug is just going about its molluscan business. Maybe this is about our total inability to comprehend what the lives of other animals are like. The boy looks at the slug, the slug looks for his breakfast, and neither are any the wiser. 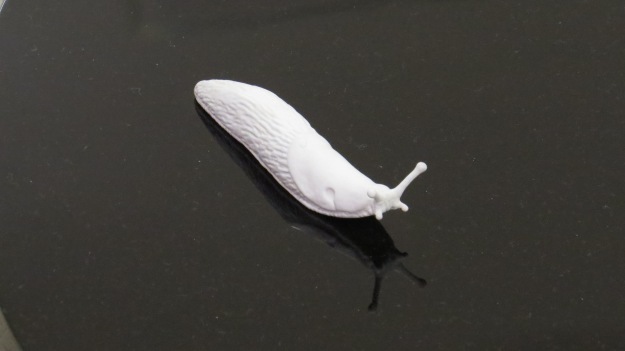 In the corner, a pink octopus looks on, and we look back. It seems that we are separate from the natural world: we gaze at it, we dissect it, and we do what we like with it.

Pink Octopus by Carsten Holler (the maker of the tubular metal slides at Tate Modern a few years ago….)

Upstairs, though, the boundaries between humans and animals begin to breakdown. Roe Etheridge’s photographs of farm animals in a sanctuary are simply titled with the animals’ names.

And then, there are the pieces that cross over, that point out that we are animals too, and that what separates us is not as pronounced as we would like to think. Take these two ‘column sculptures’ by Stephan Baukenhol, each one made out of a single piece of wood. 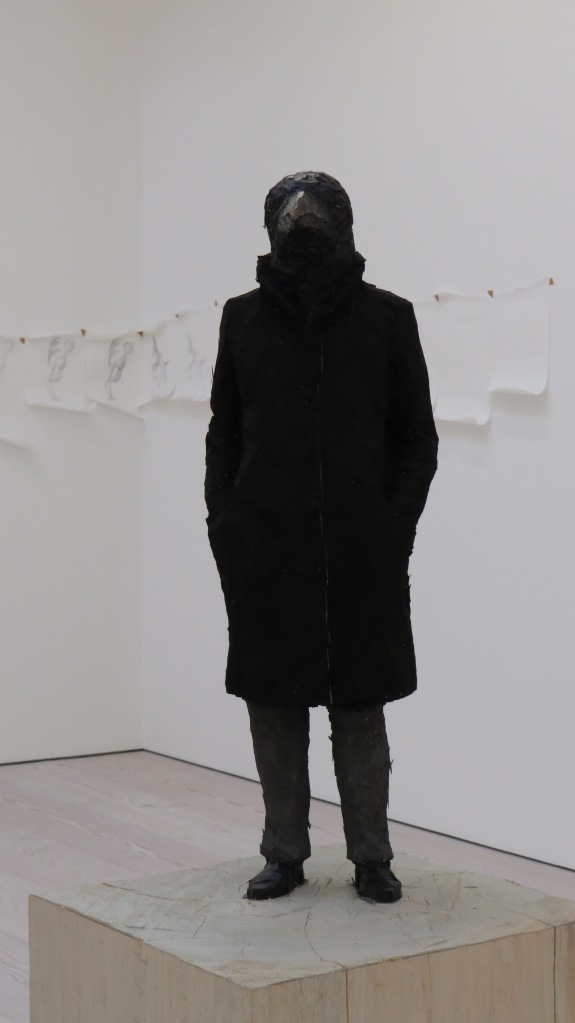 Am I alone in finding the combination of human body and animal head rather appealing? These figures wear their strangeness very lightly: they are poised, relaxed, thoughtful. They look as if they could hop down off their plinths and wander off around the gallery. As a species, we have been fascinated by creatures that are chimeras, neither human nor animal, since we could first create representations. It seems that we haven’t lost the wish to experience life as someone else, to get back under the skin of the creatures that we share the world with. We try and try to understand, whether through art or science, and yet these other worlds remain elusive. Maybe it we stopped trying so hard and had a bit more respect, we would have more success.

And, in other news, foxes have been spotted in the cemetery…

This is one of this year’s dog cubs, and very fine he’s looking too, though he has a bit of a limp at the moment. Foxes seem prone to injuring their feet and legs, I suspect it’s all that shimmying over garden walls that causes the problem. It generally doesn’t seem to last very long before they’re moving properly again, but I have the arnica drops out just in case.

And here is the original dog fox, the father of this year’s cubs, and a bold, calm creature. He was watching me put out my jam sandwiches and seemed remarkably unperturbed by all my messing about and cursing as I dropped forks and dog food and the camera at one point.

The cubs are gradually dispersing and, although I’ve seen the vixen, she’s not stuck around long enough for a photo. Suffice to say that the whole family seem to be doing well. And in about month, the whole cycle will be starting all over again! How on earth can it be November already?

The Marian Goodman Gallery is free, and well worth a look. ‘Animality’ continues until 17th December.

All other photos copyright Vivienne Palmer. Free to use or share non-commercially, but please attribute and link back to the blog, thank you!

9 thoughts on “‘Animality’ at the Marian Goodman Gallery. And Some Foxes”