Dear Readers, I hope you will indulge me as I relate the tale of two intrepid capybaras, now behind chicken-wire at the High Park Zoo in Toronto. For those of you who have never made the acquaintance of the world’s largest rodent (the males are about the size of a retriever), these creatures normally live in South America, and are usually found in wetland areas, where they graze on water plants and provide a perch for all manner of birds.

In May 2016, a pair of capybaras were delivered to High Park Zoo from Texas. The zoo already had one capybara, named Chewy,  but these rodents live in groups of up to twenty in the wild. However, Chewy didn’t have company for long, as both capybaras escaped within 24 hours, and disappeared into the 400 acres of surrounding parkland. And who can blame them? The park is studded with ponds and lakes and shrubbery. Given a choice between a lawn surrounded by goggling passersby and the peace of a secluded stream, I know which I’d go for. 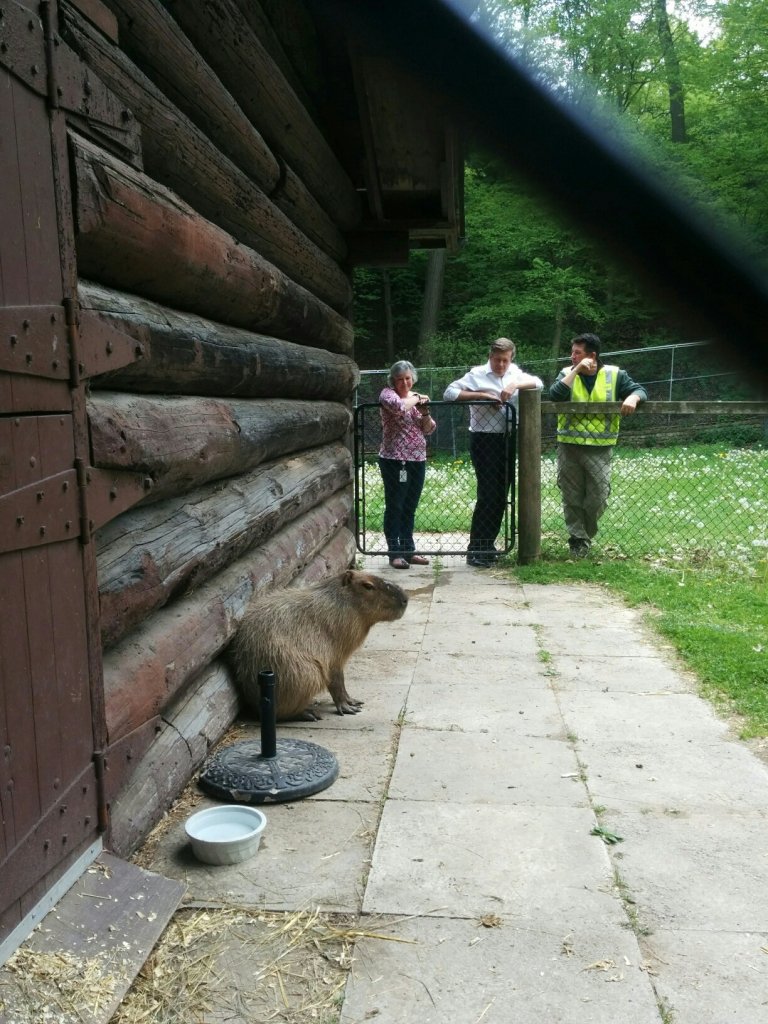 There were frequent sightings of the two capybara, as they eluded all manner of techniques to recapture them, from food bait to recordings of capybara calls. The pair, instantly dubbed ‘Bonnie and Clyde’ were spotted all over the park, enjoying their freedom. 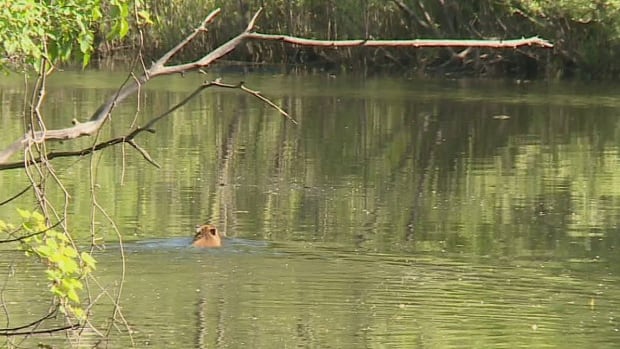 Capybara on the loose (Photo Three – credit below)

Not since Rob Ford was Toronto mayor has the city had such international coverage – the story even made The Guardian, and memes popped up everywhere…. 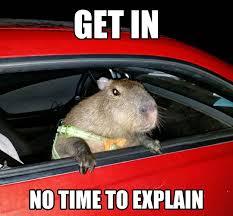 But the capybaras’ freedom was not to last. One was recaptured after 19 days, by using a trap baited with corn and fruit. The other was to remain free for two months, but was eventually caught too.

However, there is a coda to this story.

Earlier this year, the female capybara gave birth to three pups. When I saw them, they were frolicking in the sunshine, chasing one another around the pen while Bonnie looked on. Clyde (or was it Chewie?) sat by the fence unperturbed, inasmuch as anyone can judge. But I couldn’t help feeling sad. It could have been an environmental disaster if the capybara had stayed on the loose and taken to the waterways of Canada, but more likely the animals would have been killed by cars, or dogs, or would not have survived the Canadian winter. Bonnie and Clyde were deliberately bred to be incarcerated, rather than being taken from the wild. And yet, how we love an escapee – the peacock that wakes up an entire village every morning, the eagle that breaks out of her cage, the tales of strange carnivores wandering on Exmoor. In our hearts, we know that what we do to animals is not what they would choose, if they were given an option. And yet our desire to be close to them, to see them, to pet them, is more important to us than what the animal wants most, which is get on with his or her life unmolested. We are not creatures who are prepared to rein in our desires, whatever the result for our animal neighbours. I wonder if it will eventually cost us the earth.

Photo One (capybara with kingbird) – By Charlesjsharp – Own work, from Sharp Photography, sharpphotography, CC BY-SA 4.0, https://commons.wikimedia.org/w/index.php?curid=44204277

7 thoughts on “Bugwoman on Location – The Escapees”