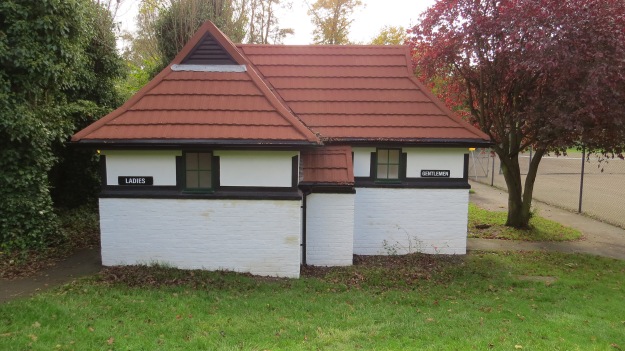 Dear readers, using the public toilets in Cherry Tree Wood was once something of an ordeal. A visit was only to be undertaken in extremis, such was the dilapidation of the paintwork and the condition of the sanitary ware, not to mention the complete lack of toilet paper. Imagine my delight today to see that the building has been freshly painted, the lavatories repaired and everything in place for tidiness and hygiene. Of course, the urchins of East Finchley were not going to let it remain in this condition for long.

The tribes of East Finchley make their mark…

But as I looked around those clean, white-washed walls, I couldn’t fail to notice that some other creatures were also making themselves at home, mere weeks after the renovation was finished.

Another kind of Cranefly

There are three hundred and twenty-nine species of craneflies in the UK, and when I was growing up, I can truthfully say that they were the only living things that I was afraid of. There was something about those long, thready legs and the way that they lurched through the air at head height that filled me with a visceral horror. Once, an enormous cranefly came into the house. In my memory, it is at least the size of my hand. My gallant brother swotted it with a newspaper, and that was that. Or it was until half an hour later, when there was a rustling from the wastebin, and the cranefly reappeared, slightly dishevelled but unmistakably alive. My brother and I screamed and belted upstairs until my mother had dispatched the poor creature for the second time.

These days, I feel sorry for my juvenile reaction, for craneflies are the most inoffensive of creatures, with no bite, no sting, and a strange dangly vulnerability that I find rather touching. Seen under a microscope, their heads are fascinating, a cross between a horse and a walrus. My swatting days are definitely over. 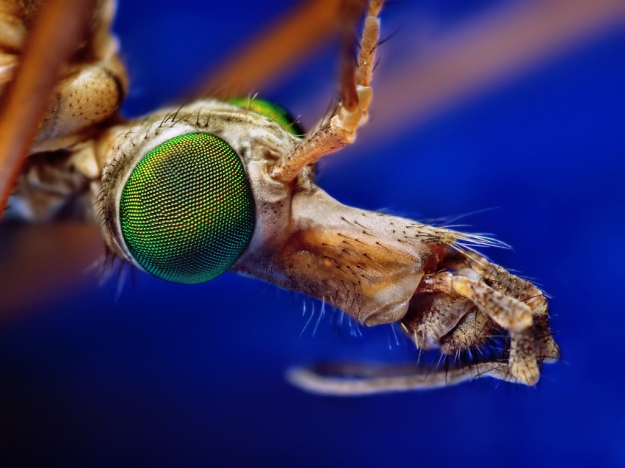 Looking around, I noticed another little creature perched on a cubicle wall. Thank goodness nobody came in to find a middle-aged woman with a camera hunched inside a public toilet with the door open.

It is interesting to think of this animal, a Window Gnat,  as being in the same family as the Cranefly. The Diptera, or true flies, comprise over 6670 species in the UK alone, with new species being found all the time – it’s quite possible that there’s a new species flying around in your garden at this very minute. Window gnats are usually associated with wet areas, as their larvae live in water, and are particularly common in sewage farms. For a moment, I wondered what they were doing indoors, but then I remembered….

It’s said that a local stream, the Mutton Brook, rises in Cherry Tree Wood, and it looks to me as if something is rising right next to the toilets.

As you might expect, something is lurking in the corner to make a meal of all these flies….

A few weeks ago, we talked about Harvestmen, and it’s interesting to see the difference between those creatures and this true arachnid. You can see that its body is clearly segmented, unlike the oval body of the Harvestman. The Daddy Long Legs Spider makes a very random, open web, usually in a corner of a cellar or other building, and if disturbed will vibrate up and down at astonishing speed until it is just a blur of agitated spiderdom. This one was much too happily settled for me to want to upset it, and a quick look at its larder shows what a successful spot it has chosen. 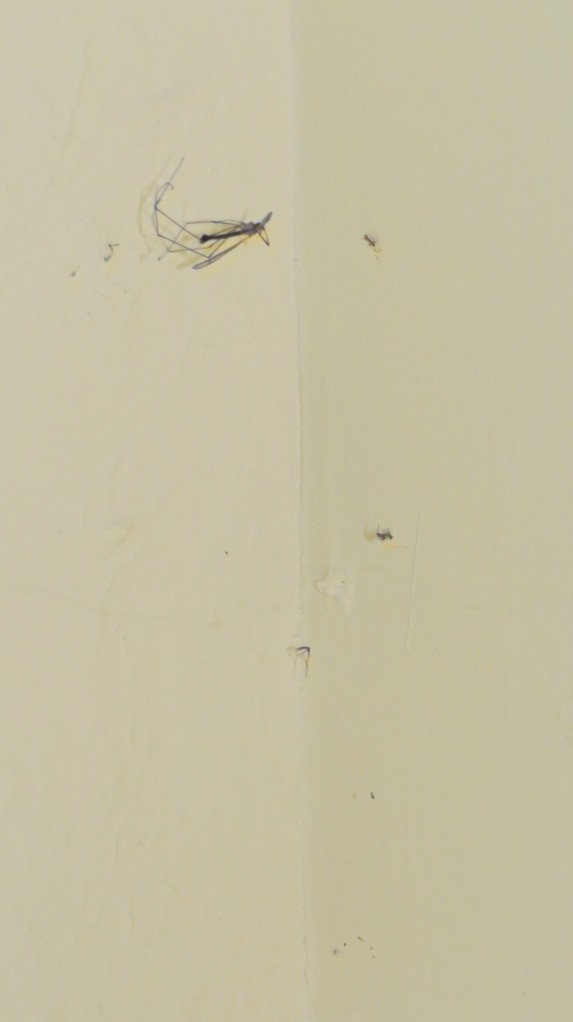 But this was not the only spider in the building. Just as I was about to leave, I noticed something rather beautiful.

This spider has just completed ecdysis (moulting). The little brown ghost image hanging in the web is the spider’s old skin. It has unpeeled itself like someone getting out of a tight wetsuit and is recovering, in all its newly painted glory. Nesticus cellulanus is a spider of dark, damp habitats, and I can’t help wondering how happy it is with all this new paintwork. However, now that it has moulted I’m sure that it will find itself a nice dreary corner and will start to feel at home again.

I had now been hanging around the public toilets for over an hour, so decided that I’d better make a move before some well-meaning passerby contacted the police. On the way out, I paused for a moment at the entrance to the Gents to take a picture of this lovely little moth:

This is a Mouse Moth. It is, of course, mouse-coloured, but it also runs rather than flies when disturbed, a little like a rodent. No doubt it was drawn to the lights around the building, but it is very visible against all that white paint. I only hope that it manages to survive until darkness comes.

As I walked away, into the rather more conducive surroundings of Cherry Tree Wood, it struck me that there are ecosystems everywhere, in the most unlikely of buildings. As soon as we create something, plants and animals move in. We move through worlds, all unaware, watched by a thousand eyes.

*Moths are notoriously difficult to identify, especially when they’re worn like this one, so if any of my entomologist friends want to correct me on my identification, I would be delighted.

2 thoughts on “Hanging Around the Public Toilets”