Dear Readers, this plant and I go back a long way, to when I bought my first house back in 1998. I realise that this makes me sound like a property magnate, but if I tell you that it was actually the only house that I ever bought on my own I hope it puts things into perspective. It was in Chadwell Heath, way out in the north-eastern hinterlands of London, sandwiched between the Romford Road on one side and the A13 on the other. My street, however, was leafy and suburban, and I settled into it with a contented sigh. Being a middle-class white woman, I hadn’t paid much attention to the fact that the BNP, the extreme right-wing party of the time, had won councillors in the borough (Barking and Dagenham), but I soon realised that they were symptomatic of a deep-seated problem.

One example was that when a British- Indian doctor and his family moved into the house next door several people on the street cut them dead, turning their backs on them and refusing to respond to their greetings. Because I talked to them, I was cold-shouldered in my turn. Because Mum came to visit and got chatting with the family on the doorstep, she too was subjected to people staring at her and slamming their doors as she passed their houses.  I don’t know what additional harrassment the family suffered, as they kept themselves very much to themselves, but I do know that they had moved on within the year. They were replaced by a white family. When I sold the house, the woman opposite bustled over to check that I wasn’t selling it to anyone black. As it happened, I wasn’t, but to say I was gobsmacked would be an understatement – I still regret that I didn’t have the gumption to explore the subject further.   There were good people on the street who were welcoming to everyone, but the taste of bigotry and zenophobia poisoned everything. There were too many people who were afraid that things were going to change, and that they were going to be forced to be part of the diverse London that surrounded them. London, like so many cities, was built by immigrants – Irish, Chinese, Huguenot, Indian, Bangladeshi, Jewish, Pakistani, and a hundred other groups of people. Barking and Dagenham was, however, one of the few London boroughs to vote resoundingly for Brexit in the 2016 referendum.. Yes, the reasons for the Brexit vote were complicated, but  I strongly suspect that in this case, fear of immigration was the main reason why.

However uncomfortable I felt it was still home, and in one of the two tiny beds in the front garden I planted  three rose campion. In a couple of years they had taken over the entire bed, self-seeding themselves with vigour.  They were a blast of outrageous colour in a bland, small-minded, fear-filled landscape. I know of no other plant that has quite that hallucinatory cerise hue, set off by the furry grey leaves, and I have had a great affection for them ever since. 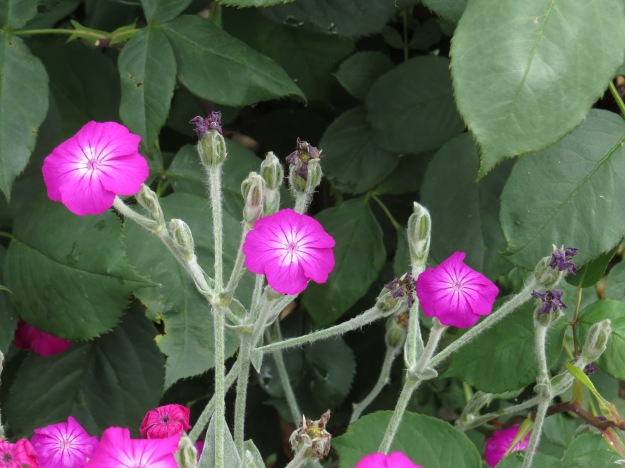 Rose campion is a member of the Caryophyllaceae or carnation family, and is native throughout Europe and Asia, although it was introduced to North America by the eighteenth century . It’s also known as ‘Crown Pink’ and ‘Lantern Flower’. Although it is a relatively short-lived perennial it does self-seed everywhere, as I know. It doesn’t mind poor soil (just as well, as my garden beds seemed to be largely composed of bits of brick). In their book ‘Alien Plants’, Stace and Crawley note that rose campion is often found growing ‘wild’ around villages, having either escaped from gardens by self-seeding or having been ‘liberated’ by people who fly-tip their garden rubbish.

If I may digress here briefly, I think that people often don’t realise the potential damage to habitats caused by casual dumping of garden waste. It happens regularly in the tiny remnant of ancient woodland closest to me, Coldfall Wood, where there are thriving communities of daffodils and hybrid bluebells, box honeysuckle and tellima, largely as a result of folk just throwing what they don’t want from their gardens into the wood. Ours is an urban wood, a mosaic of all kinds of plants, and hardly a pristine habitat, so the plants don’t wreak quite as much havoc as they might do in other places. Nonetheless, many well-established woodland species are having a hard enough time of it at the moment without having to compete with a bunch of narcissi. 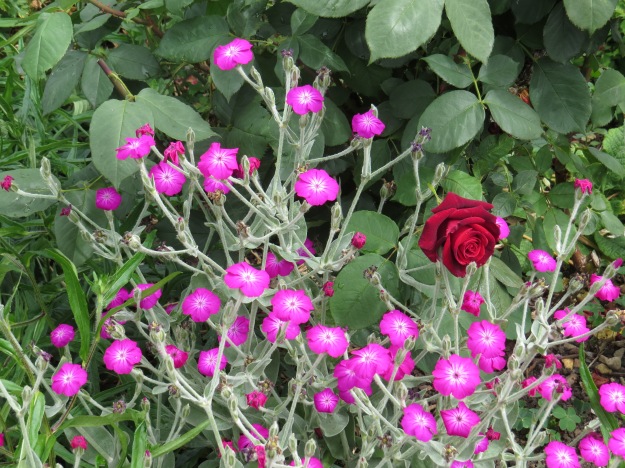 Back to rose campion. The Latin species name ‘coronaria’ implies that this plant was used in garlands, and very fine they would have been too. In the Roman Catholic church, the plant is associated with John the Baptist, as it blooms around his feast day.

Those grey furry leaves help the plant to survive in drought-prone areas, the colour and the ‘hairs’ helping to reflect sunlight and reduce water loss. Certainly my rose campion were able to do well when other plants were wilting. The leaves give the plant yet another alternative name – ‘Dusty Miller’, and in the Middle Ages were woven together to form a wick for a lamp. According to the ancient Greek physician Dioscorides (40-90 AD) the seeds, if soaked in wine, can be used to treat scorpion stings.

The flowers are attractive to bees and hoverflies, and one US site suggests that hummingbirds will also visit the flowers, so do let me know if this is something you’ve ever witnessed. It also seems to be a favourite for several butterflies, including the brimstone in the UK and several species of swallowtail in North America. 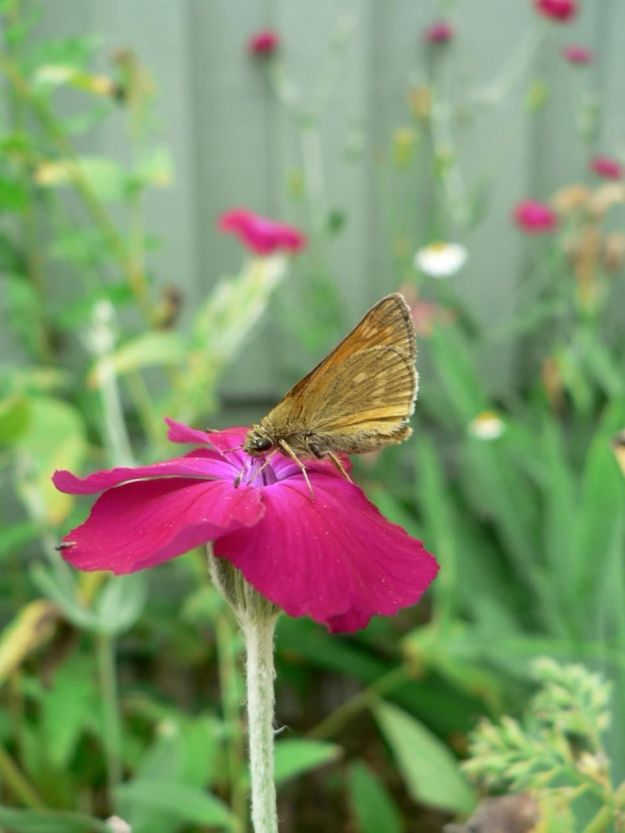 For our poem this week, I’ve discovered the Detroit poet Philip Levine, who was described as ‘a large, ironic Whitman of the industrial heartland’ by Edward Hirsch. Have a look at this poem, and see if you can’t imagine yourself standing there, gazing at the rumpled seed-packets.

Go back to early April of 1949. Get off the Woodward streetcar at Grand Circus Park, walk a few blocks west, and find behind the Greyhound bus terminal a tiny garden no larger than a Buick Roadmaster. Last week’s snow is gone. It’s just another morning in Michigan, the streets dark with last night’s rain, the air cool and fresh, the pale sky so distant you wonder if this is a different world & not last night’s when the silence, windless and heavy, smelled of rusted iron. Now the perfumes of wet black dirt, the tiny plots marked with sticks, twine, and pebbles to hold down the warped seed packets proclaiming their riches: radish, big boy tomato, ripe red wonder, little sweetie, rhubarb, rose campion. 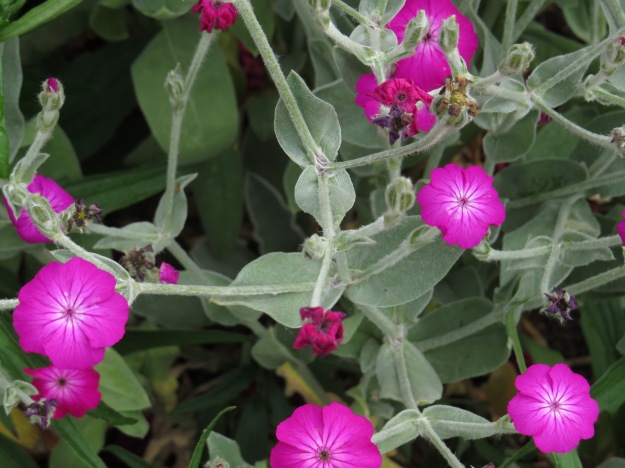