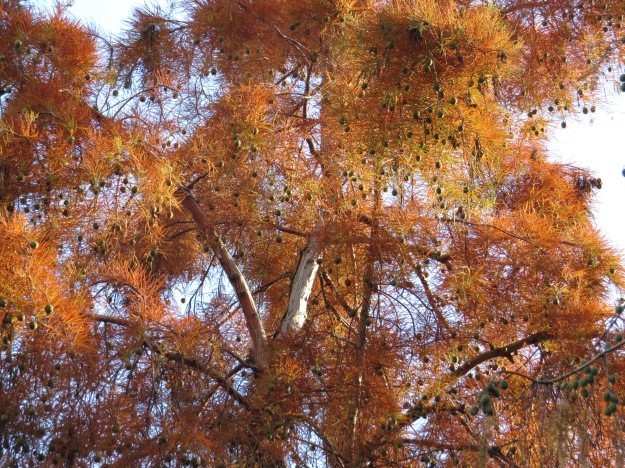 Swamp cypress at the Cleary Garden in the City of London. My favourite tree (as it’s my birthday 🙂 )

Dear Readers, on Monday I was 60 years old. Even typing those words makes me feel a bit strange, because last time I looked I was 39. Where have the past twenty years gone? My Mum used to say that, inside, she was still a fresh-faced girl of 25, hurrying off to work. Maybe we are just like Russian dolls, with all our previous selves buried but still present.

On Monday morning, at about 5 a.m., I awoke with a start. It was as if someone had bellowed into my ear. “What have you achieved?” it shouted. Well, I don’t know what I’ve achieved exactly, but here, in no particular order, are some things that I’ve learned over the past six decades. 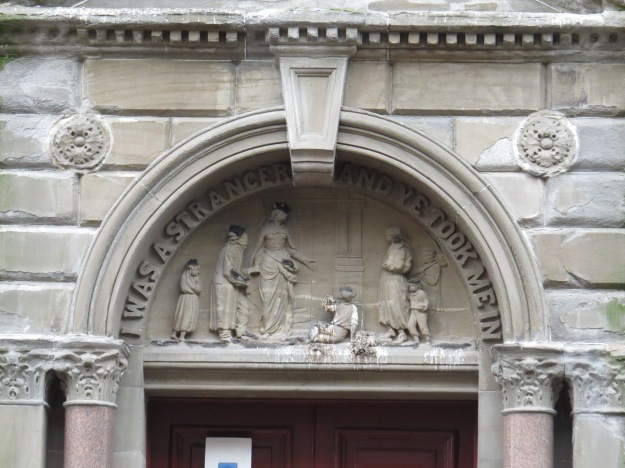 Dundee Cyrenians, where I worked as a night shelter worker.

Firstly, my time in the night shelter at Dundee taught me that it is possible for anyone to slip through the net and into poverty, addiction and homelessness. One of the men  I knew had lost his dear wife, drowned in a lake in Scotland, and he had never been able to settle since. Some of the younger men had been turfed out of the care system when they reached 18, and were ill-equipped to deal with life outside an institution. Some men had been in the army, and were addicted to the adrenaline-buzz of being on active service. Others had aged out of the services, and their drinking, formerly under some sort of control, had become pathological. Some suffered from (lack of) Care in the Community. Wullie and Bobbie were both in their seventies but looked much older. One walked with two sticks, the other tottered along with arthritis in his feet. Both had dementia. Both were incontinent. Both were alcoholics. No care home would take them, so they slept in the shelter, when they weren’t in the police cells.

Of course, now I think about my own dad. If he hadn’t had the resources for a care home, and someone to look after his interests, where would he have ended up?

I am sure that those men that I drank tea with and  laughed with at the shelter are now dead, but I remember them  vividly. You can tell a lot about a society by who is excluded and these people were invisible then, as their counterparts are largely invisible now. The net is fragile, and often breaks, and there is no limit to how far people can fall if there is no one to catch them. So the shelter taught me to be aware that what I had was as much a result of luck as anything else: luck in my parents, in my financial situation, in the resources that were there to support me when things went wrong. It wasn’t that I was any better than the guys in the shelter. I had simply been luckier. 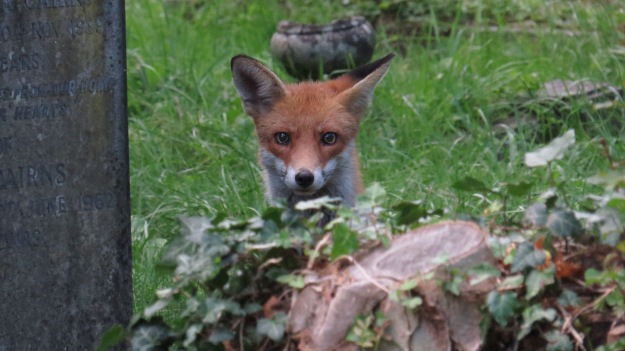 And then, in my thirties, I became immobilised with depression and anxiety. It crept up on me slowly, and then pounced. Everything slowed down, until it was taking me two hours to get up in the morning. The only emotions I knew were terror and despair. I was doing a very demanding job for a national drug and alcohol charity, and was managing an IT implementation, and I knew that I was failing. People would ring me up, and I couldn’t understand what they were saying – it was if they were speaking in a different language. It took me nearly six months to get back to work, but it was the most important experience of my life, because I learned that I was not invincible. And I learned that the people around me at work and at home were more than willing to help me, if I would only let them. I didn’t have to do everything on my own, and I needed to drop the perfectionism. Perfectionism is just a misplaced and ultimately flawed attempt to control the uncontrollable, a kind of strange grandiosity that does nothing but hurt the person who suffers from it. Sometimes, good enough really is good enough. 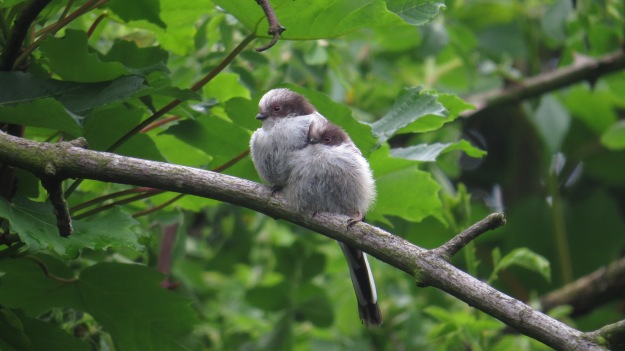 Fledgling long-tailed tits. Possibly my favourite British bird (though there is lots of competition)

In my forties, I started to write, tentatively at first, and then obsessively. Mum was always such a cheerleader for my writing – when I was clearing out the bungalow after she died, I found everything I’d ever written lovingly tucked away in a file tied up with a yellow ribbon. She wanted me to express myself through my writing, just as she had through her paintings. I still have her last sketchbook, full of watercolour sketches of cats that she’d copied from a calendar. The creative spark was so strong in her, and I know that I have it too. Writing brings me such joy, and I am learning to prioritise it, largely through the blog, but in other ways too. Because something else that I’ve learned is that, when we die, all our creative projects go with us, all those paintings unpainted, those poems unwritten. Our creativity is not only the way that we express ourselves, but the way that we reach out and connect with others. We owe it to everyone to not be shy about these things. 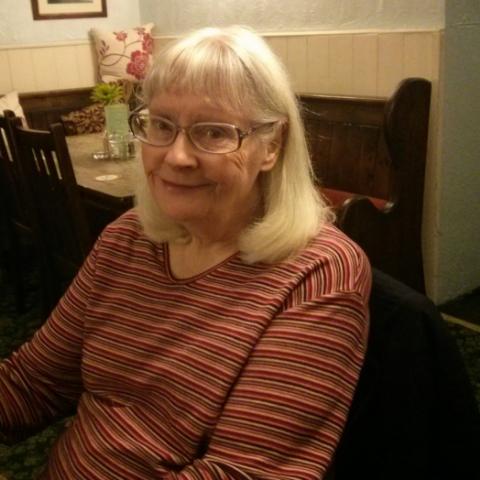 My mum. One of my favourite humans, then, now and for always

In my fifties, I learned about love. It isn’t, as I had previously thought, about what you feel, though it’s a wonderful emotion. Love is about what you do, especially when you aren’t feeling loving. It’s about what you do when your head aches, and your back is breaking, and your mother has fallen out of bed again. It’s about mopping up vomit and blood, and making a cup of tea, and re-making the bed for the third time in six hours. It’s about fighting down the terror when your dad announces that the bungalow that he’s been living in for the past fifteen years is somewhere that he’s never been before. It’s sitting by your mother’s bedside and hearing her breathe, and then hearing her stop. It’s about washing and dressing your dead mother in her favourite clothes and opening the window so that her spirit can finally fly free. And it’s about acknowledging that you have lost something that you will never find again, and carrying on anyway, because it’s what she would have wanted. 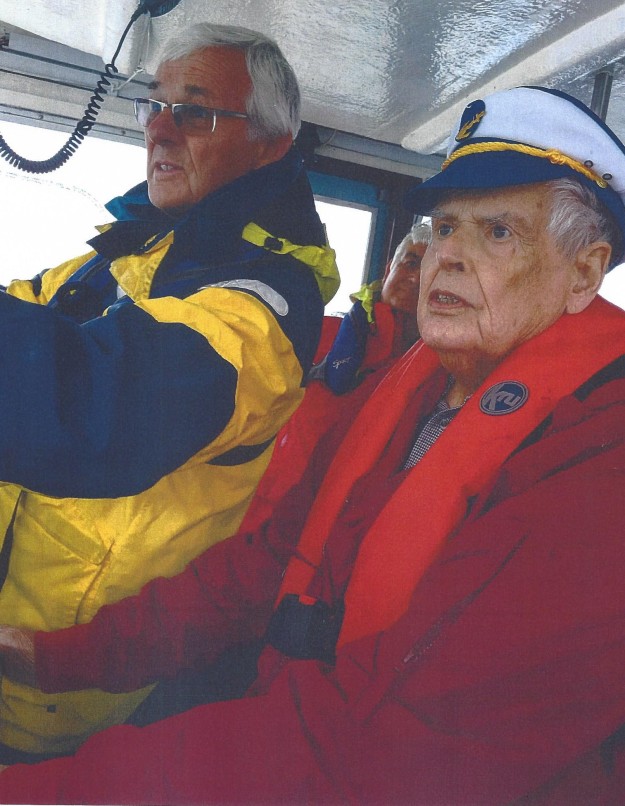 Dad aka Captain Tom. Another of my favourite humans.

So here I am, at sixty, squinting into the future and wondering what the next years will hold. One thing I do know is that Mum and Dad will always be a part of the life that I build, because, after all, they built me. And it seems to me that there’s much to be said for making as many connections, human, animal and plant, as possible. The most important thing that I’ve learned is that we all part of something much bigger, and that none of us can make it on our own. I am so grateful for my larger community, for the support, advice and care that I’ve been given for my first sixty years. I hope I can give some of it back in the years that remain. 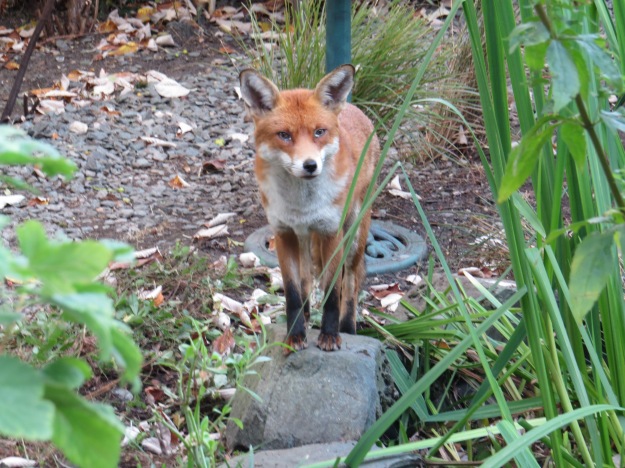 Another handsome fox. Just because….