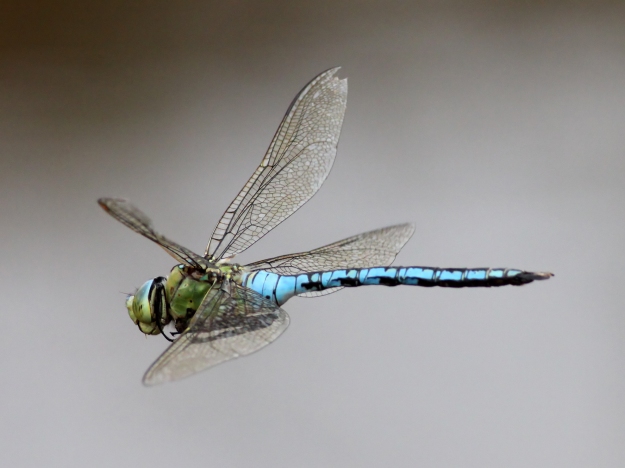 Emperor in flight (Photo One)

Dear Readers, as summer draws to a close there is a marked increase in activity. Flocks of young starlings are back in the garden, squabbling and sparring in their new livery – grown-up spots and iridescence on their bellies, infant tan and dun on their heads. Neither one thing or another, they try to act like adults but they often seem to be playing at it. They still gaze around, wide-eyed, when other birds are sounding the alarm. Winter is coming, and I wonder how many of them will survive it. Still, they are sticking together, and there’s more chance of finding food in a crowd, even though there might be less of it to go round.

And in the cemetery, magic is happening. We come out of a narrow avenue of yew trees and in the open area beyond, dozens of dragonflies are hawking for insects, drawing zig-zags in the sky, zooming low over the graves and then arcing up above the treetops. They move too fast to be captured on my camera, but they mostly look like Emperors – although dragonflies need water to breed, once that job is done they can often be seen in forest clearings. I have watched one pouncing upon a speckled wood butterfly, which stood no chance at all against these masters of the air. I see a few bright red common darters as well, stitching lines between the aerial ropes of the emperors. What a precious resource St Pancras and Islington Cemetery is, even more so since the lockdown, when much of it goes unvisited except at the weekends. I miss my early morning walks, but can’t help thinking that the woody areas are probably better off without walkers and dogs. 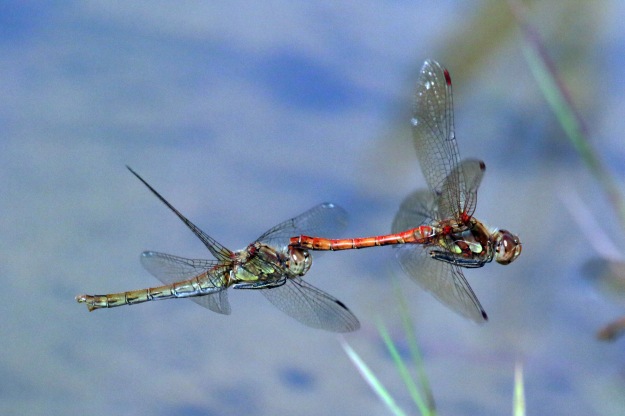 As I watch the dragonflys’ hypnotic dance, I notice a small bird of prey fly overhead and into the trees. Most probably it’s a kestrel (I’ve seen them in the cemetery several times before) but a part of me wonders if it’s a hobby (Falco subbuteo) – this bird is well-known for eating large insects, including dragonflies, and also beetles such as the rose chafer that I reported on earlier this week. I read an account recently of a whole pile of the metallic green wing-covers (elytra) left at the base of a fence pole – all that remained of the rose chafers dissected and eaten  by a hobby. All I saw of ‘my’ bird was a striped underside and elegant wings. Probably a kestrel, but I can dream. Anyhow, kestrels will also eat dragonflies, so perhaps the motivation was the same. 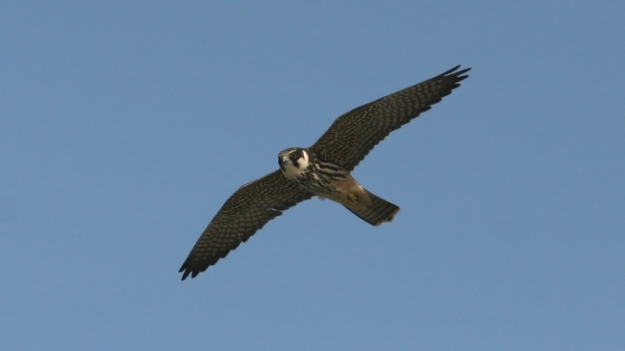 On we go, into a woodier part of the cemetery characterised by tall ash, oak and horse chestnut trees. The horse chestnuts are always in a parlous state by August, their poor leaves reduced to crunchy fragments by leaf-miner moths and various fungi. But suddenly we are surrounded by a chorus of soft cheeping sounds, more than I’ve ever heard in one place. The calls come from behind us and to both sides, and I realise that we’re in the middle of a huge group of long-tailed tits. I count thirty, and see that the group also contains some great tits and blue tits as well. At this time of the year, young birds in particular gang up and search for food en masse. What interests me greatly is what they seem to be eating. I manage to get only one photo because these little birds move so quickly, but I can see that the tits appear to be rummaging around in the leaves, pecking away at what I hope are the larvae that are still in the leaves. It would be a great thing if birds are starting to recognise the leaf-miners as food – it’s a rich resource for them, and it would help the horse chestnuts as well. 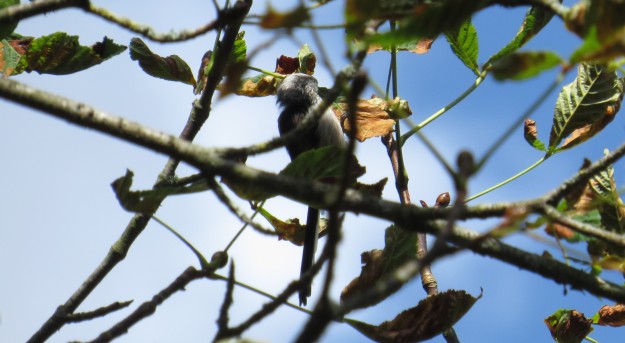 Long-tailed tits are some of my favourite birds – they remind me of little avian monkeys, scrambling through the branches and causing mischief. I have often heard the flock in the cemetery, although the calls are soft enough to miss if you aren’t ‘tuned in’. I love that the lockdown has meant that I end up doing a smaller number of walks more frequently, and the turn of the seasons feels very real when you see the changes from day to day, week to week. Also, writing about these birds gives me an excuse to post some of the photos that I’m most proud of, some shots of some newly-emerged long-tailed tits in the cemetery. There is much to be said for walking slowly, keeping your eyes and ears open, and being prepared for anything. 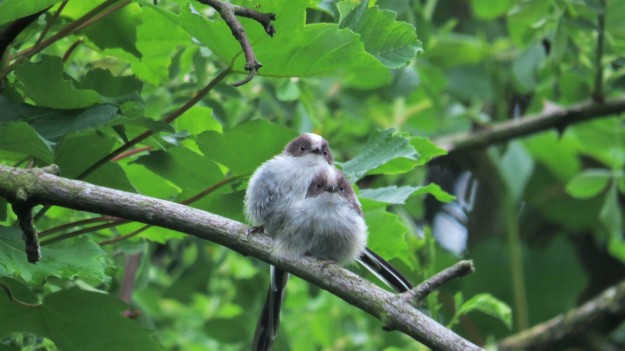 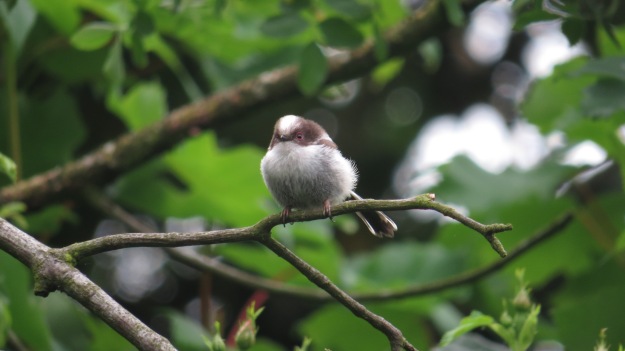 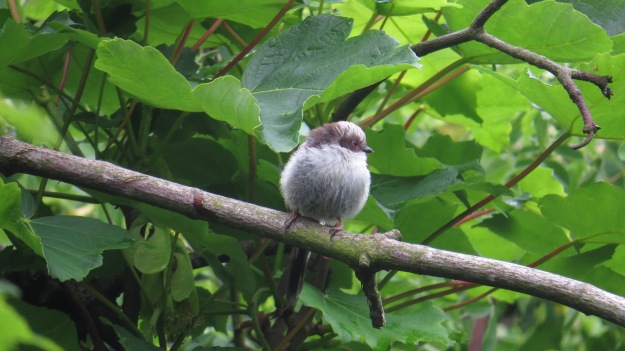 4 thoughts on “Magic in the Cemetery”