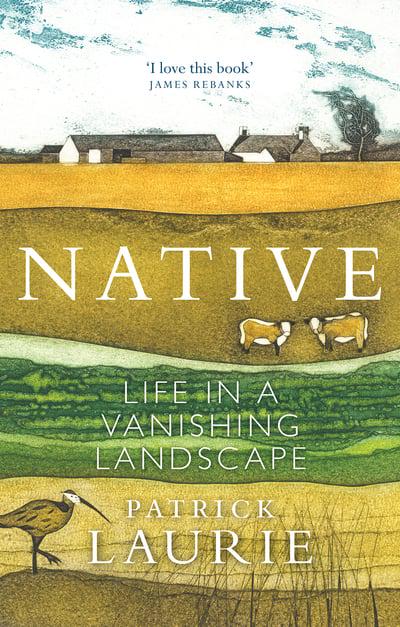 Dear Readers, I am certainly getting about a bit on my quest to read through the books on the Wainwright Prize shortlist. This week, I am in Galloway in Scotland with Patrick Laurie, who is exploring the land of his birth as he farms his small herd of Galloway cattle and tries to create habitat to seduce the curlews he remembers from his childhood:

‘My entire family would rush to the kitchen door at night to hear curlews passing between our chimney and the wide, dusty moon.’

But Galloway has been through many changes – there was a rush to plant conifer plantations on the hills, and a later rush to windfarms. Laurie conjures up the sense of walking into one of the ‘forests’ perfectly;

‘Follow tracks into those new forests and you walk in the slot of black gutter’.

The forests brought money, but they also brought destruction;

‘We’ve lost our mountain hares, our black grouse and our eagles as the forests grew. Golden plovers are no more, and now salmon fade into silence. Years pass and the trees become easier to stomach because we can’t remember a time before them’.

Laurie wants to farm in a way that is gentler on the land, though he still wants to be a ‘real’ farmer, not a hobbyist. He wants to buy the local, native cattle because they are superbly adapted to the tussocky grassland:

‘Galloway cows have a particular knack for digesting rough grass. They’re born hungry, and they’ll fatten on feed which many other breeds would refuse to sleep on’.

And furthermore he is attracted to the ‘riggit’ Galloway breed, with its white line along the spine and variety of colours. I’m familiar with the Belted Galloway, which has black hind and forequarters with a white band around its belly, but these riggit cows look tough enough to handle anything that the weather throws at them.

‘Galloways have a long, curly, double coat which can turn away the rain. I watch the water running off their backs and down their sides like a straw raincoat. Their only concession to this weather is to stand with their arses to the wind. They form a corral and the weather breaks upon them as if they were rocks on the shore‘. 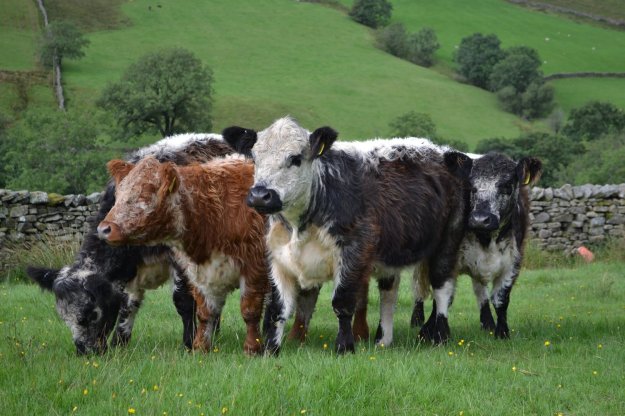 But it’s the curlews that Laurie’s mind returns to, again and again.

‘That’s the curlew’s special gift; they’ll wake you to a web of old feelings and it doesn’t matter if they’re not your own. You smile and shudder in one fell swoop, and the day is changed‘. 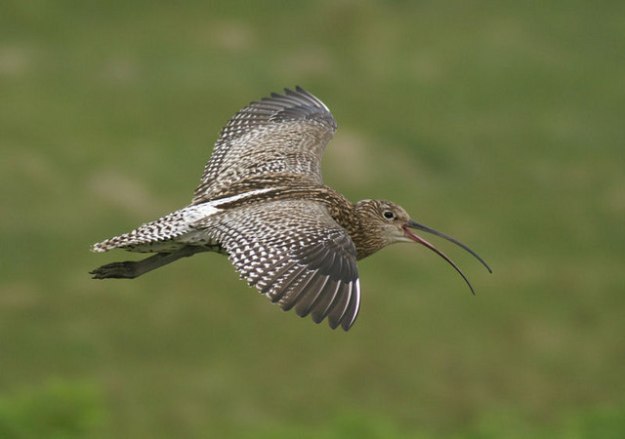 You can hear their call below.

He waits to see if a pair of the birds who return will nest, and so they do, but even after chicks appear they are quickly taken by predators, usually foxes. Laurie is often tempted to shoot them, but recognises how pointless this is; a new fox will move in to take the territory in a whisper. But he often encounters them;

‘He winds along the tops and only sees me when he is quite close. He freezes. Cold light makes him seem dull and dark, but I know every jammy note in that pelt. There is purple and grey, marmalade and smoke in his mane. He looks to the cattle as if they should have warned him I was here, then drops quietly away into the thickness of deep grass’.

I think what I enjoyed most about this book was the way that Laurie conjures up the quiet moments when he is alone with the cattle, or out on the hills. He has a gift for the telling simile: he imagines a man who has been attacked by one of his cows

‘lying in the long grass with his ribs stoved in like a smashed accordion and grand clouds rolling by without a shrug’.

‘The beasts gather to drink from a deep steel trough and gurgle up threads of drool which blow in the wind like gossamer‘.

‘Listen to a cow eating rushes: it’s a murderous squeak of destruction like the sound of trainers in a squash court‘.

Interwoven with this story of cattle and curlew, of ancient farm machinery brought back to life and local characters with their advice and tales is a personal story of trying to have a child, and the struggle with infertility, the indignities of clinics and the disappointments and sadness. But by the end, the author seems to have come to a kind of peace:

‘I’m drunk on the sight of byre dust swirling in a shaft of sunlight or the rasp of a brush on a granite floor. That kind of pleasure can make the hours sing, and I reach to be better at it because then I belong in the precision of that moment. I never reckoned to find this strength, but it’s a product of deep slowness and patience‘.

This is a beautifully written book, with some sublime moments of observation. It gave me a real sense of the landscape and the creatures of Galloway, of its history and its people. I love to learn something new when I read, and there was much to enjoy here. Recommended.